11 Random Fact Suga BTS Will Be Amaze You

Here are 11 of Suga BTS's struggles to realize his dream in music.

Suga BTS has been known for his love of music since childhood. Since then, he has been making music, so it's no wonder Suga also writes lyrics and produces songs released by BTS. Suga must struggle hard to realize his dream to become the current BTS member.

Here are 11 of Suga BTS's struggles to realize his dream in music. When he was 13 years old, Suga became interested in becoming a rapper. He became interested in rap when listening to "Ragga Muffin" by Stony Skunk. Suga decided to become a rapper after hearing Epik High. At that time, Suga worked part-time in a recording studio and started making music and rap. His love for music since childhood was vehemently opposed by Suga's parents. His parents actually wanted Suga to focus on studying. However, this did not make Suga discouraged. He still makes music and sells it despite being cheated. 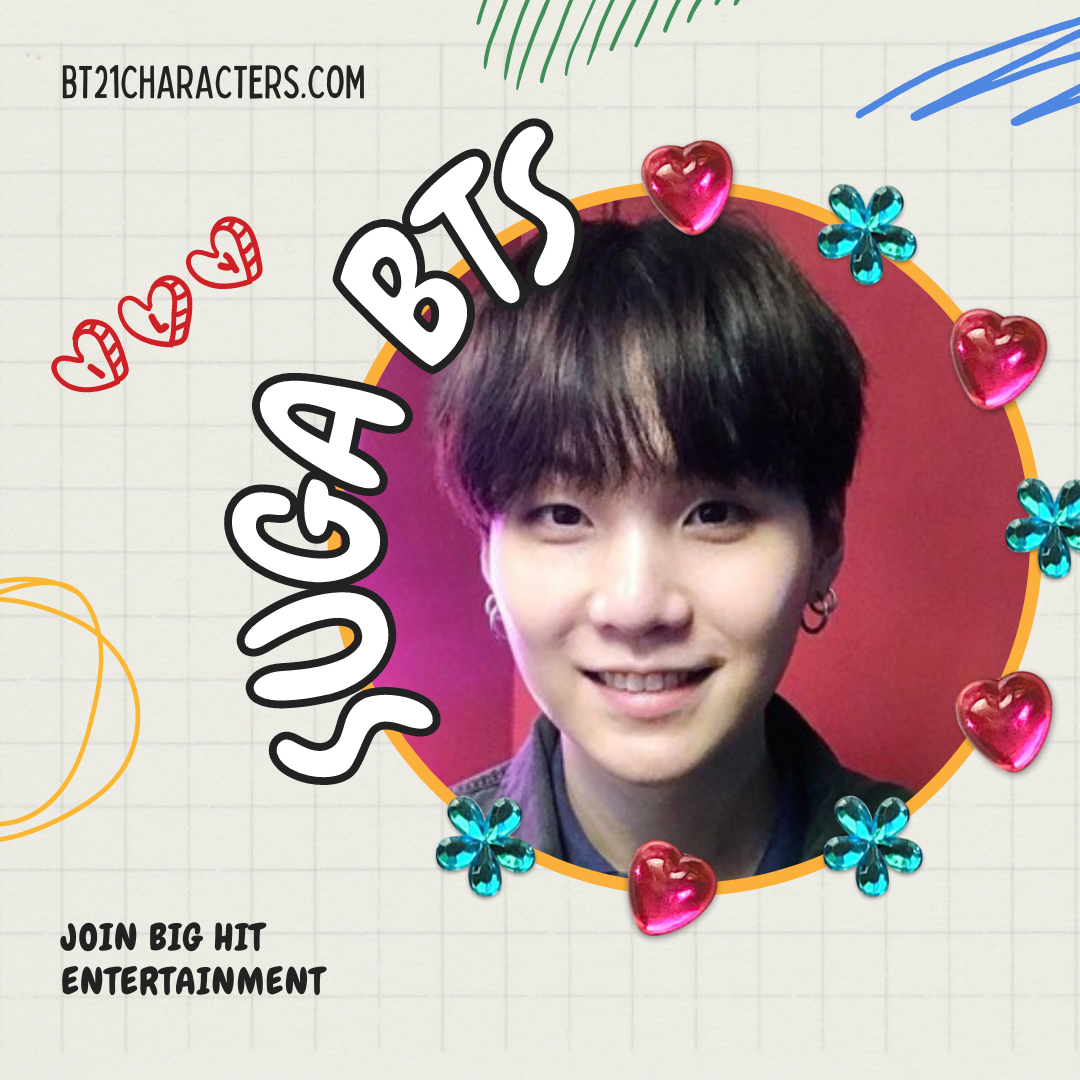 Suga auditioned for Big Hit Entertainment and won second place in the audition. Suga was promised to debut in a group with choreography and focus on rap as a trainee. However, in 2013 Suga debuted with the other BTS members with the single album 2 Cool 4 Skool.

The Original BTS Name, the Full Profile of the 7 Members

5. Had an accident during trainee 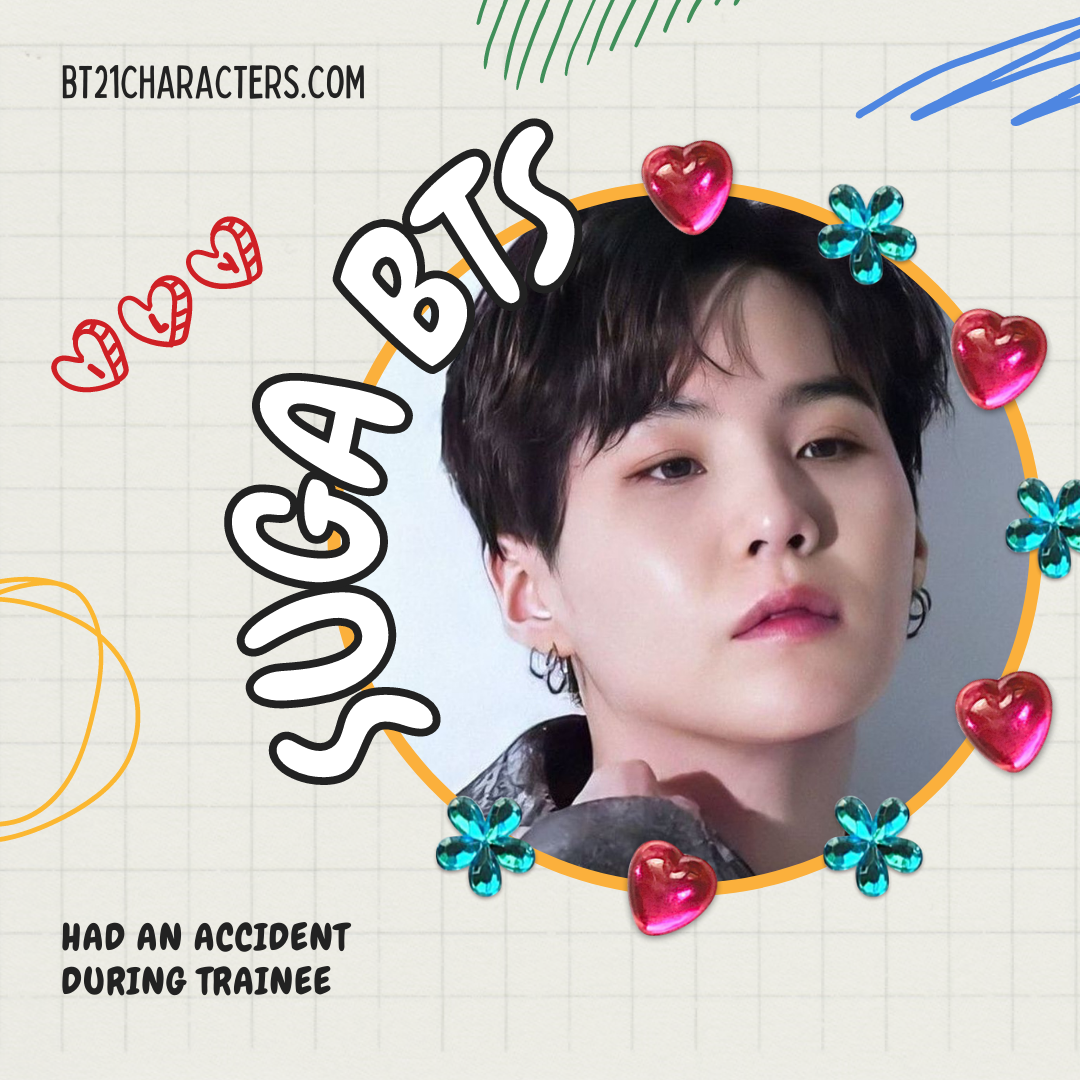 To make ends meet during his trainee days, Suga worked part-time as a delivery boy. While working part-time, Suga had an accident that left him with a shoulder injury. Worried that he would not debut, Suga chose not to tell the agency that he had a shoulder injury. In the end, the agency found out about Suga's accident and decided to pay his tuition.

The shoulder injury caused Suga to endure pain for 8 years. Until November 2020, Suga announced that he had had shoulder surgery and had to take a break from promoting the BE album, which was released in November last year. After several years of BTS's debut, Suga released his first mixtape Agust D in 2016 under another stage name, Agust D. The songs in the mixtape tell about his struggles with depression and social phobia. In 2020, Suga released his second mixtape, D-2, with 10 pieces. 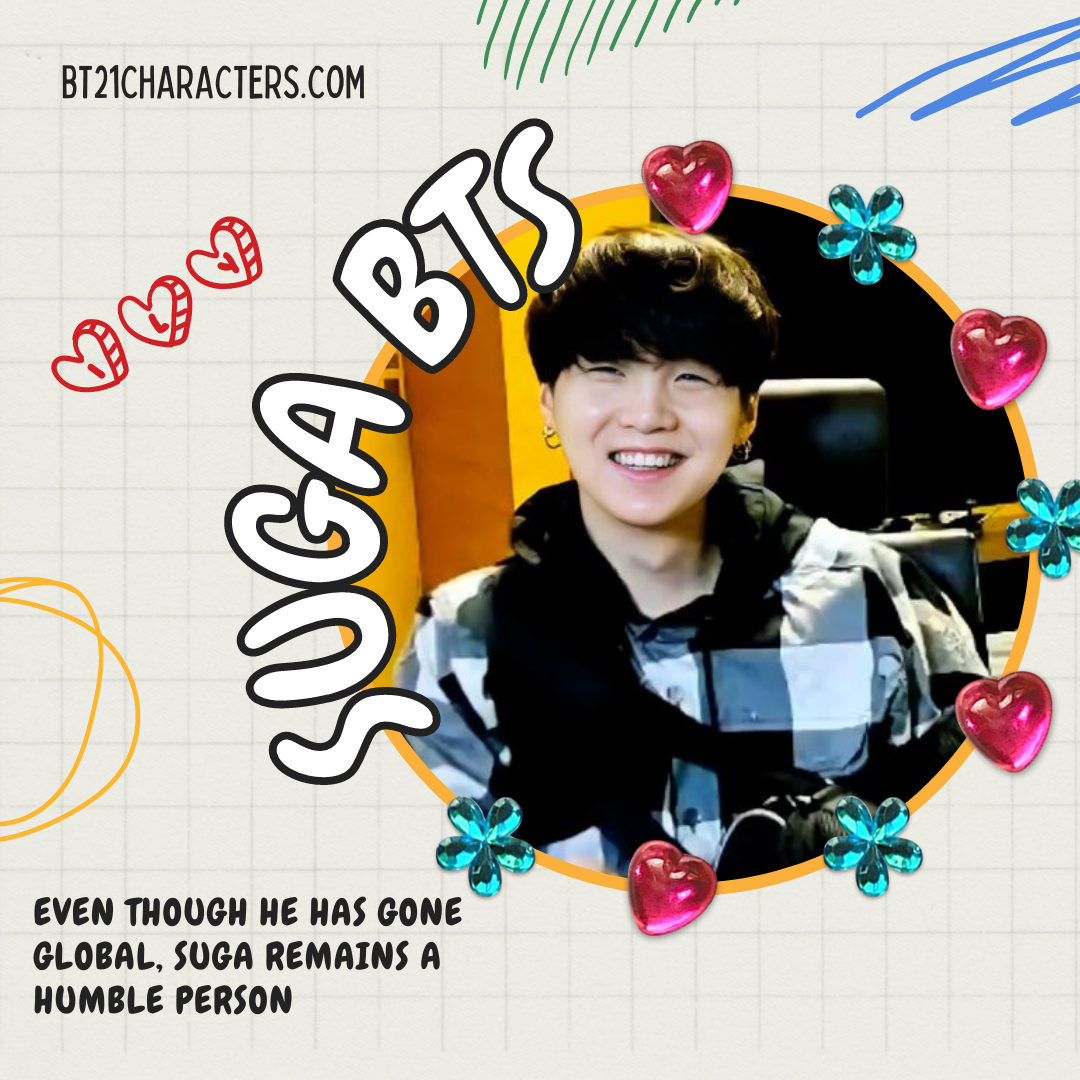 Even though he has gone global, Suga remains a humble person. Especially with Daegu as his hometown. He does not hesitate to mention his hometown on various occasions.

One proof of his love for his hometown is donating to Daegu to prevent the spread of the coronavirus in early 2020. 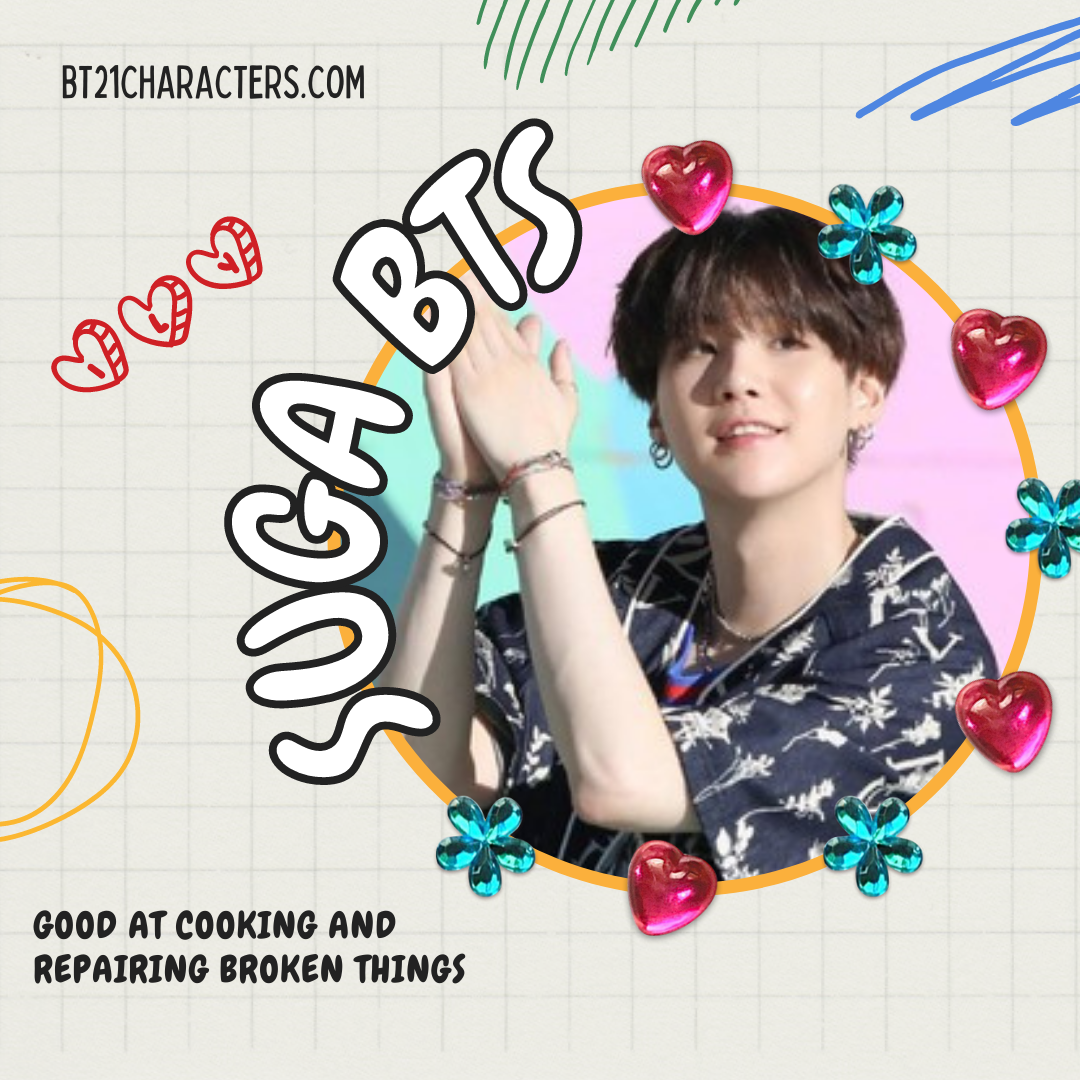 Magnificent like this, Suga is actually an idol who is good at cooking, you know. Together with Jin and Jungkook, he is often appointed to be the chef in the group. Not only that but Suga is also known to be reliable in repairing damaged goods. So, if RM is the vandal, then Suga is the repairman.

This seems quite natural because Suga himself has been used to living independently since he was a teenager!

9. Often collaborate with other artists Among BTS members, Suga is the member who collaborates with other artists the most. Unmitigated, with extraordinary talent as a composer and producer, the series of songs from the collaboration of Suga and other artists on average has topped the top rankings on the music chart.

Just mention some of the many artists who have collaborated with Suga, namely Heize, Halsey, Suran, and IU. 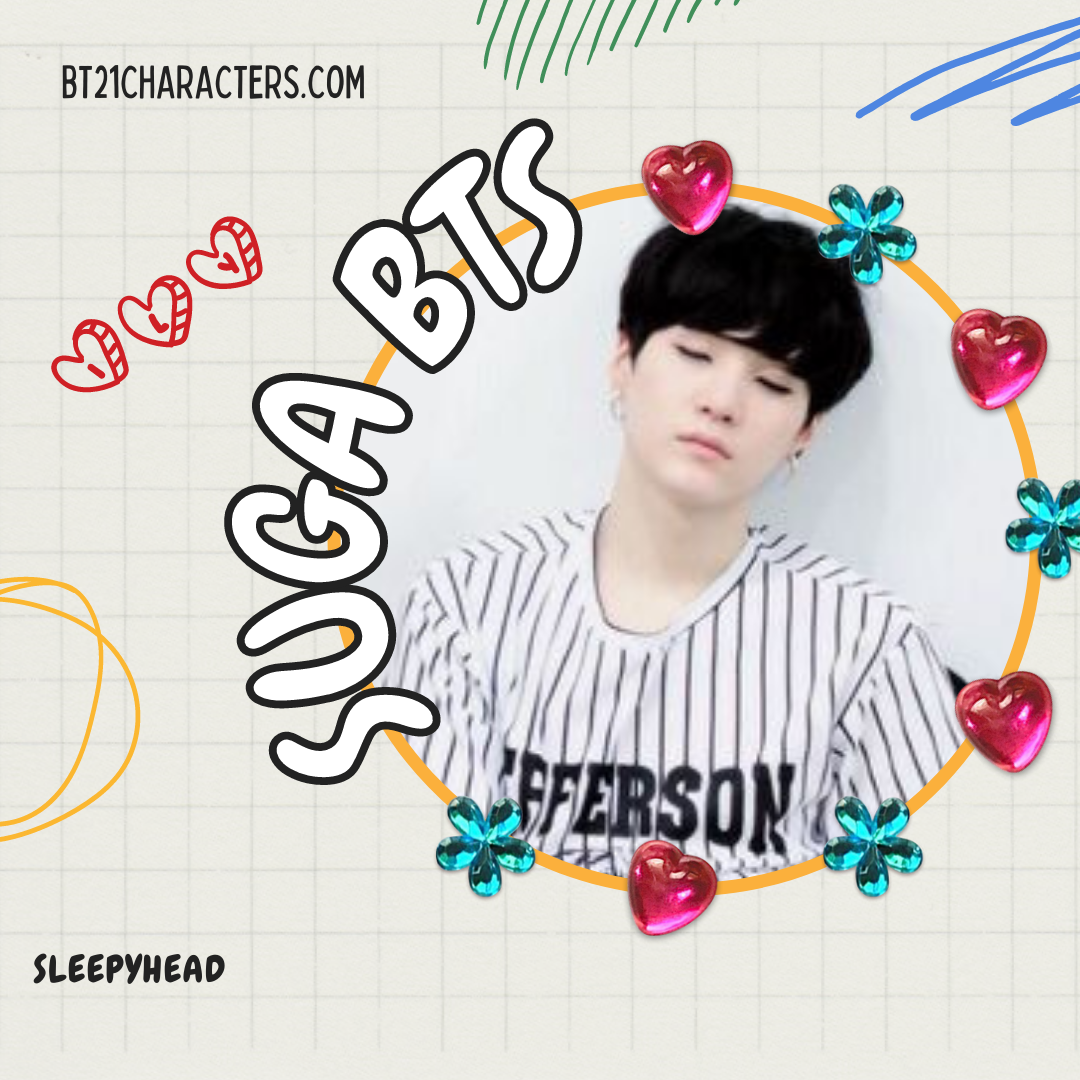 If Suga had been given a choice between eating or sleeping, ARMY would have guessed it. Yup, sleep! Suga will usually spend most of his time lying down when he doesn't have music activities.

This very bright-skinned guy revealed that he could sleep for up to tens of hours. Wow, is it sleeping or meditating, Suga?

Suga can be called the psychic of ARMY. How not, during his career, many small to big things that he had predicted actually happened. Some of the things he expresses are usually his desire to excel in music.

Random facts from Suga BTS amazed everyone, right? It's good to be a role model. Suga's hard work in realizing his dream deserves an example. Suga's persistence and perseverance are some of the keys to achieving his goal.