9 Interesting Facts About RM and J-Hope BTS, Who Are KAWS Fans

RM and J-hope BTS collect KAWS and display it at home, in the dorm, especially in their studio. Let's take a peek at their KAWS collection.

Members of the music group BTS, RM, and J-Hope, have a lot in common. Both are part of a rap line, born in 1994, are record producers, have their own recording studio, have sisters, and both really like KAWS!

Out of the seven BTS members, almost all of them have KAWS figures, but none can beat the love of RM and j-hope! Both collect KAWS and display it at home, in the dorm, especially in their studio. Let's take a peek at their KAWS collection. 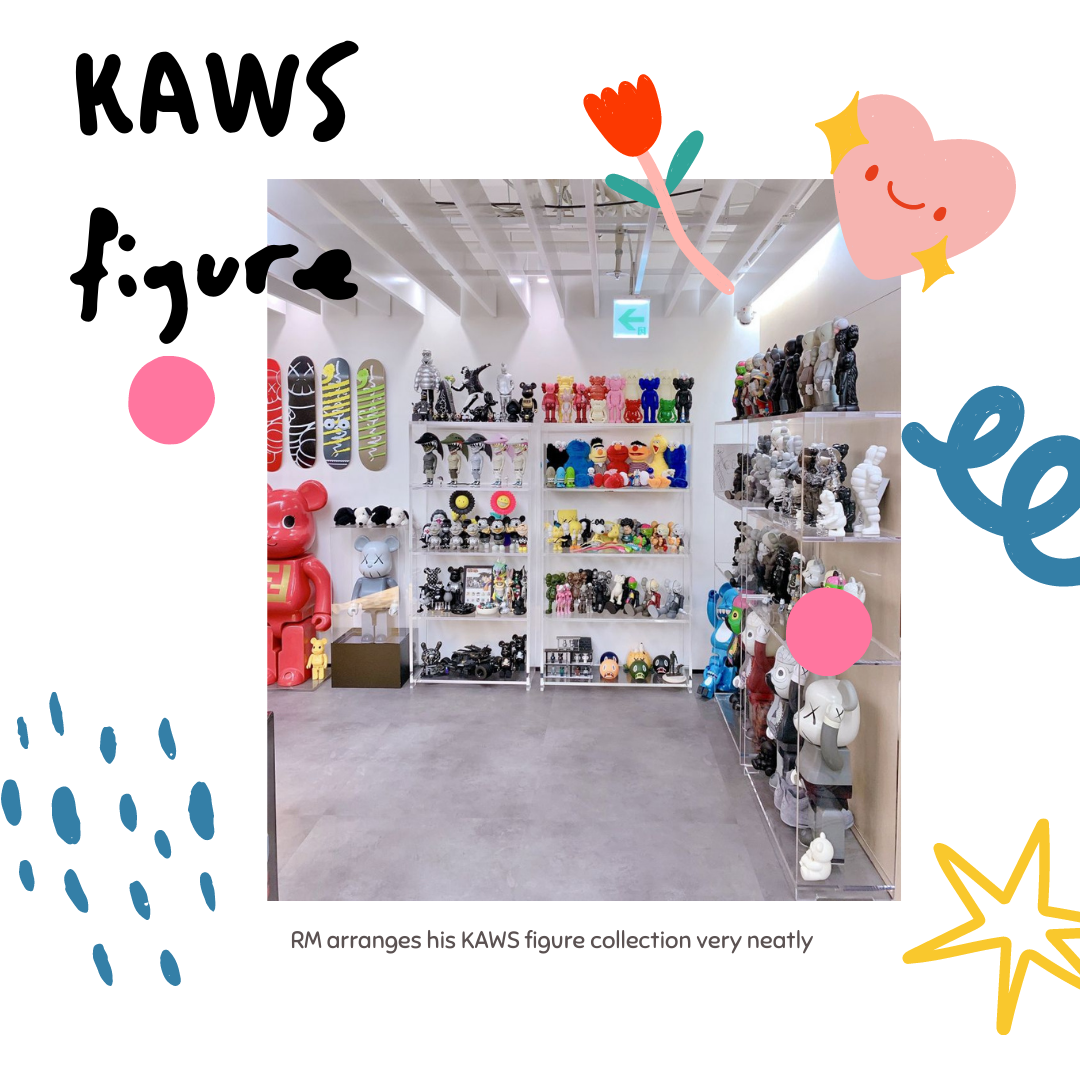 The actual name Kim Namjoon likes to collect action figures, including KAWS figures. RM once exhibited his entire collection neatly arranged on a prominent shelf in a room near his recording studio, ARKive, via BTS's Twitter account. 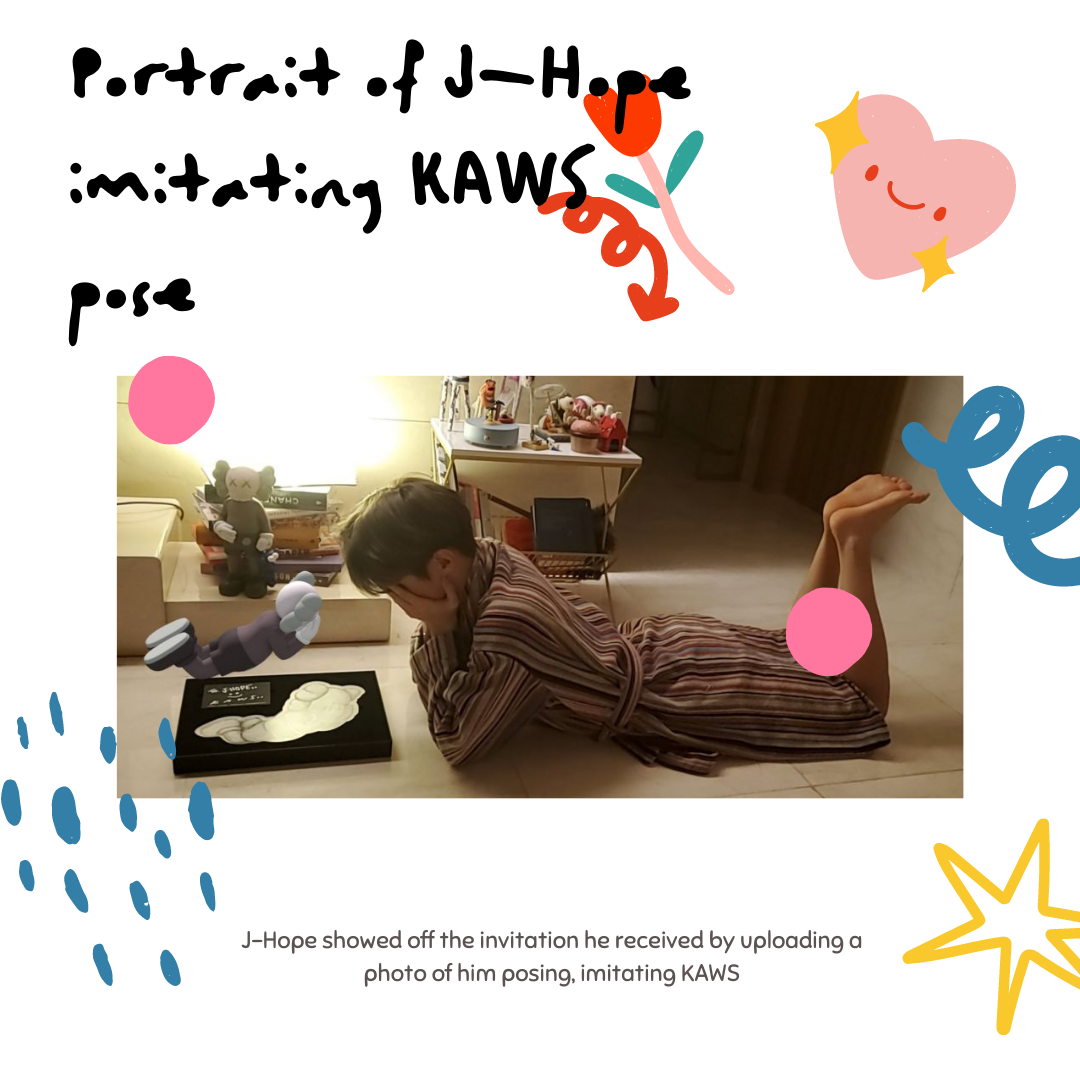 Through Twitter, J-Hope showed off the invitation he received by uploading a photo of him posing, imitating KAWS. The owner of the real name Jung Hoseok was pleased. At that time, KAWS collaborated with acute art to launch 'EXPANDED HOLIDAY' in the Augmented Reality  (AR) series in 2020. A unique invitation!

Read also : 11 Reasons You Must Have a Crush on J-Hope BTS

3. J-Hope was rewarded directly by KAWS! 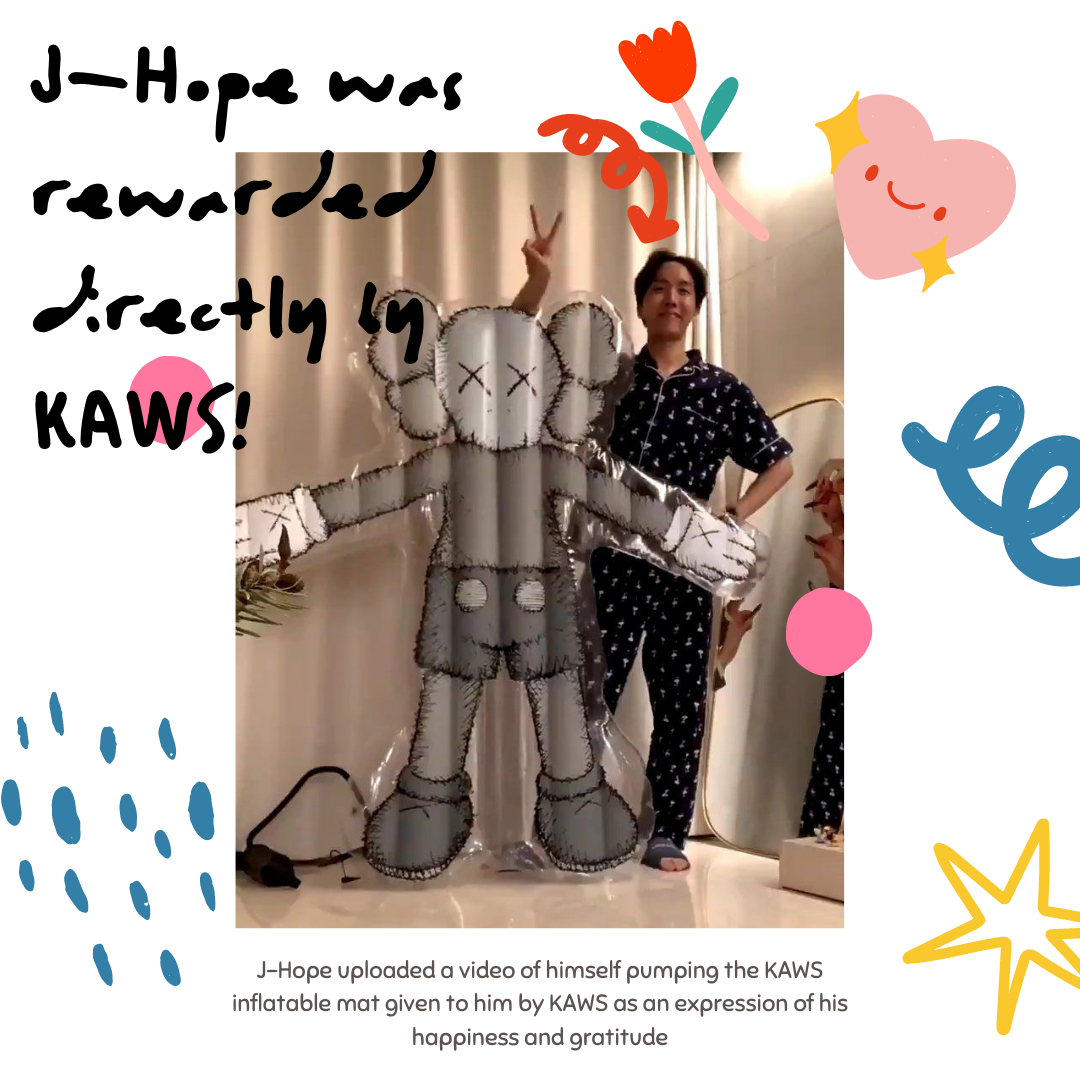 On the BTS Twitter account, J-Hope uploaded a video of himself pumping the KAWS inflatable mat given to him by KAWS as an expression of his happiness and gratitude.

4. J-Hope is back showing off an invitation from KAWS! 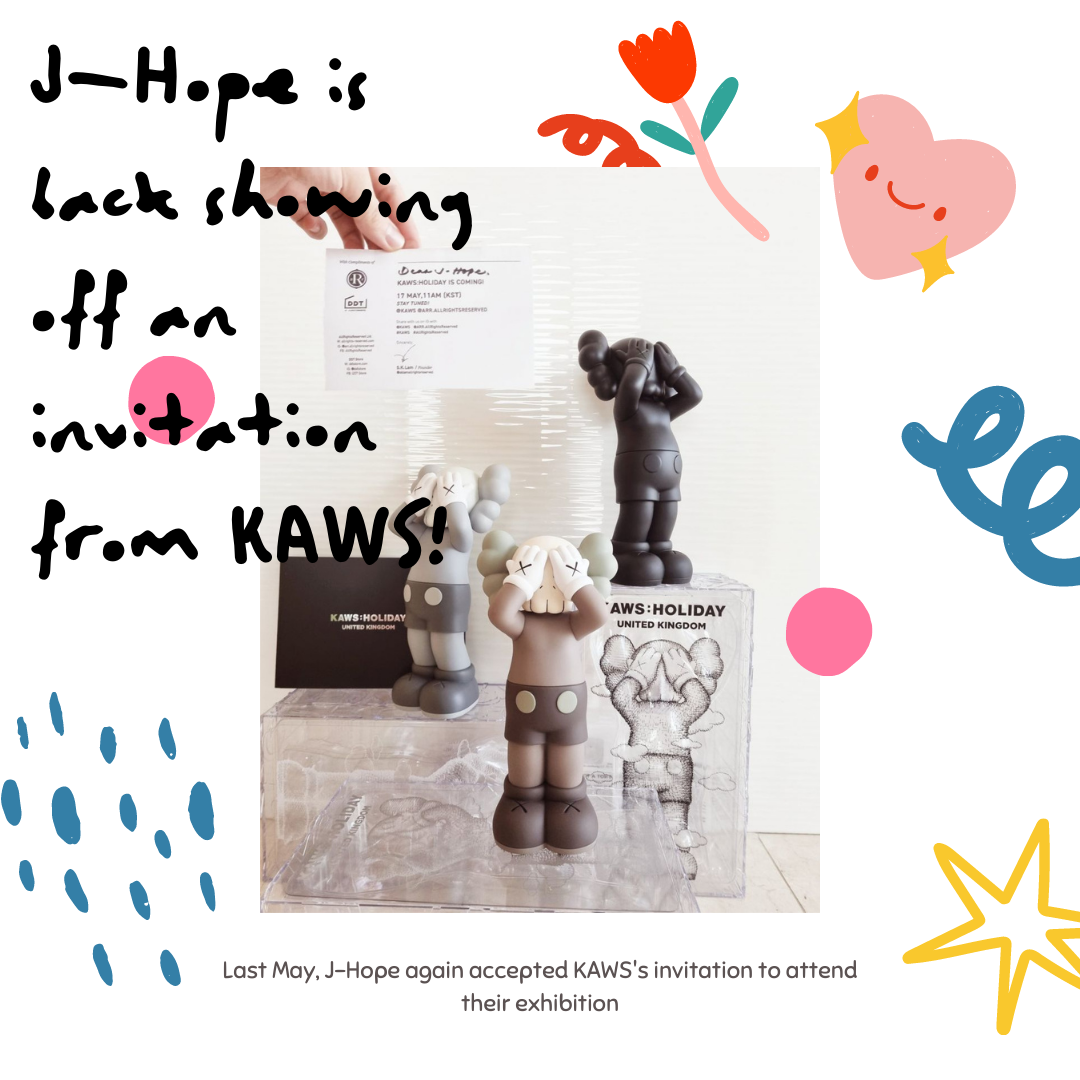 Last May, J-Hope again accepted KAWS's invitation to attend their exhibition. As usual, he shared his happiness with ARMY through a post on BTS's Twitter account. 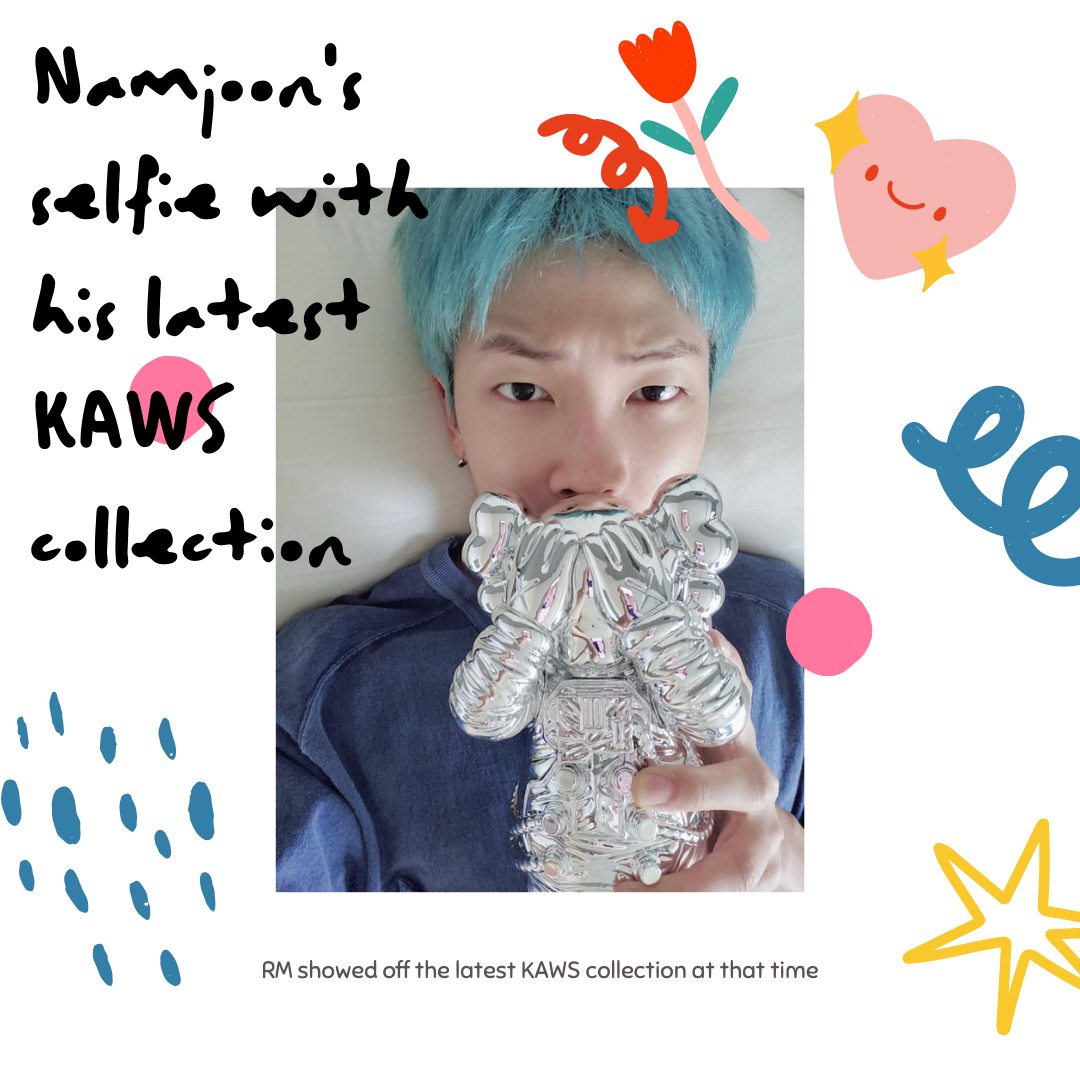 Several times RM and J-Hope showed off their latest collection of KAWS figures by uploading selfies. In the portrait uploaded through the BTS Twitter account, RM showed off the latest KAWS collection at that time, namely the August 2020 edition, the 'KAWS: HOLIDAY SPACE' edition.

6. Not only does J-Hope have a figure, but J-Hope also has a KAWS mask! 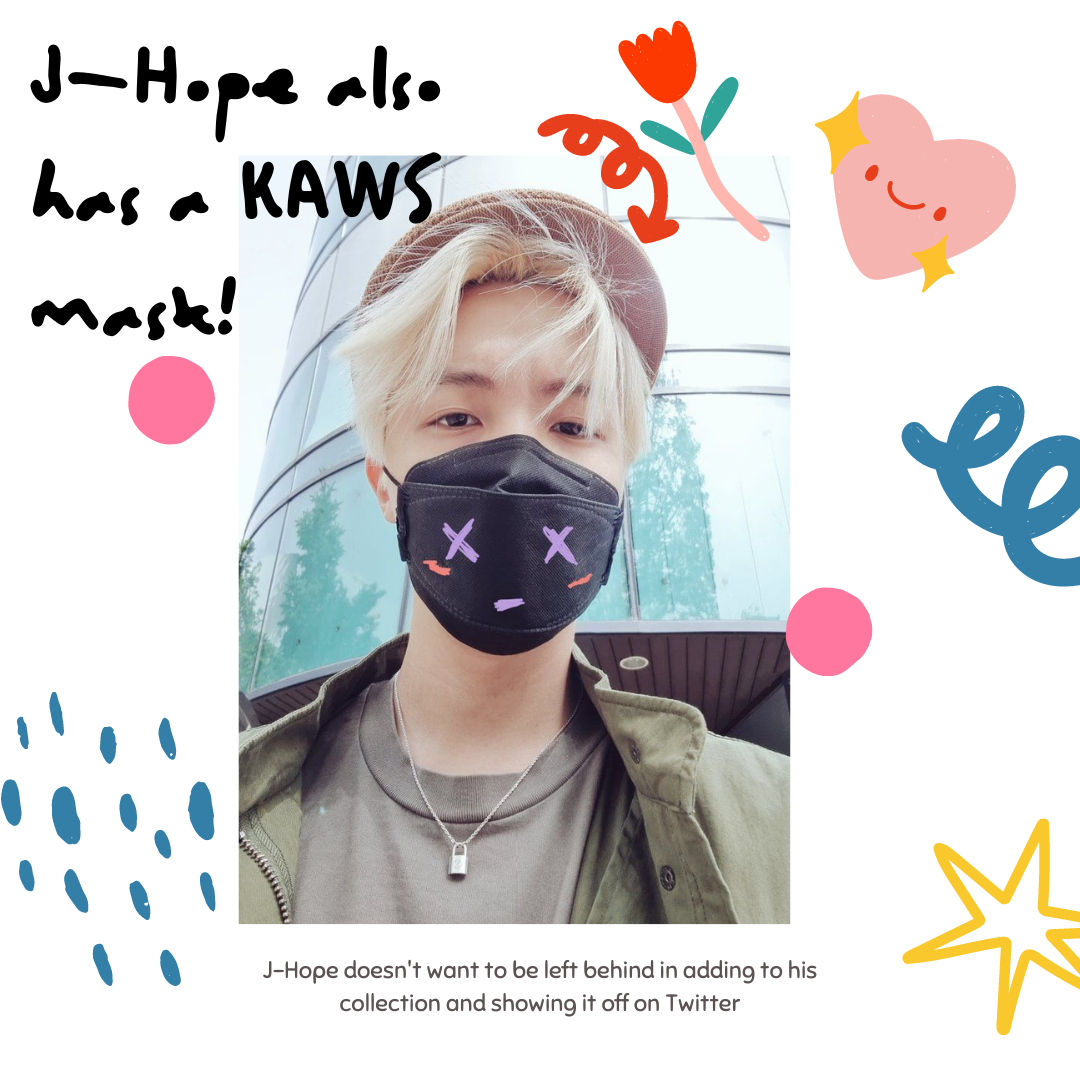 KAWS publish toy products and other merchandise, such as t-shirts and, of course, masks. Of course, J-Hope doesn't want to be left behind in adding to his collection and showing it off on Twitter.

7. There are jumbo-sized KAWS figures among their collection! 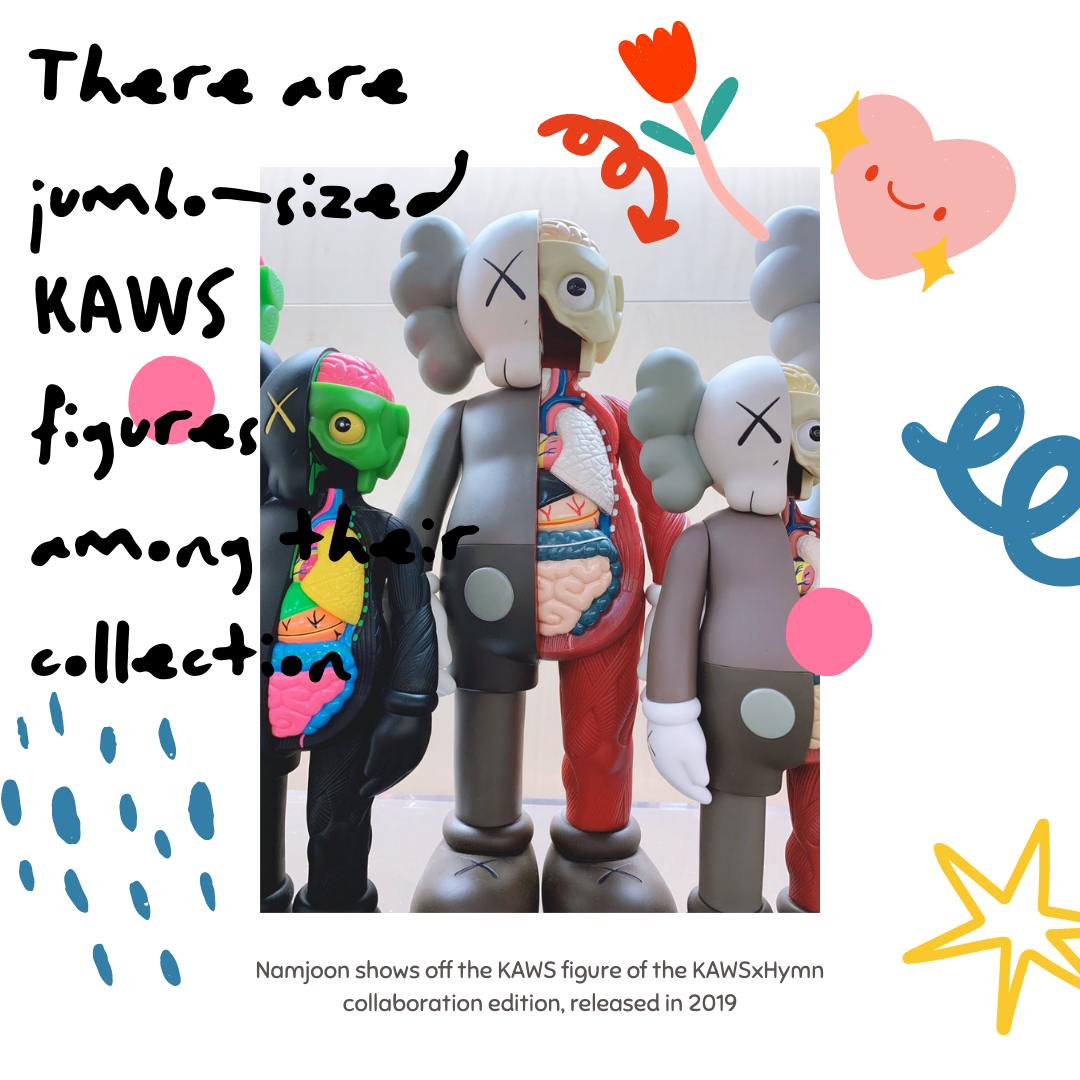 Some KAWS figures are available in large sizes. As die-hard fans, RM and J-Hope have jumbo-sized KAWS in their studio and show them to ARMYs via BTS's Twitter account. In this photo, Namjoon shows off the KAWS figure of the KAWSxHymn collaboration edition, released in 2019.

8. The cute KAWS Cushion also adds to the collection 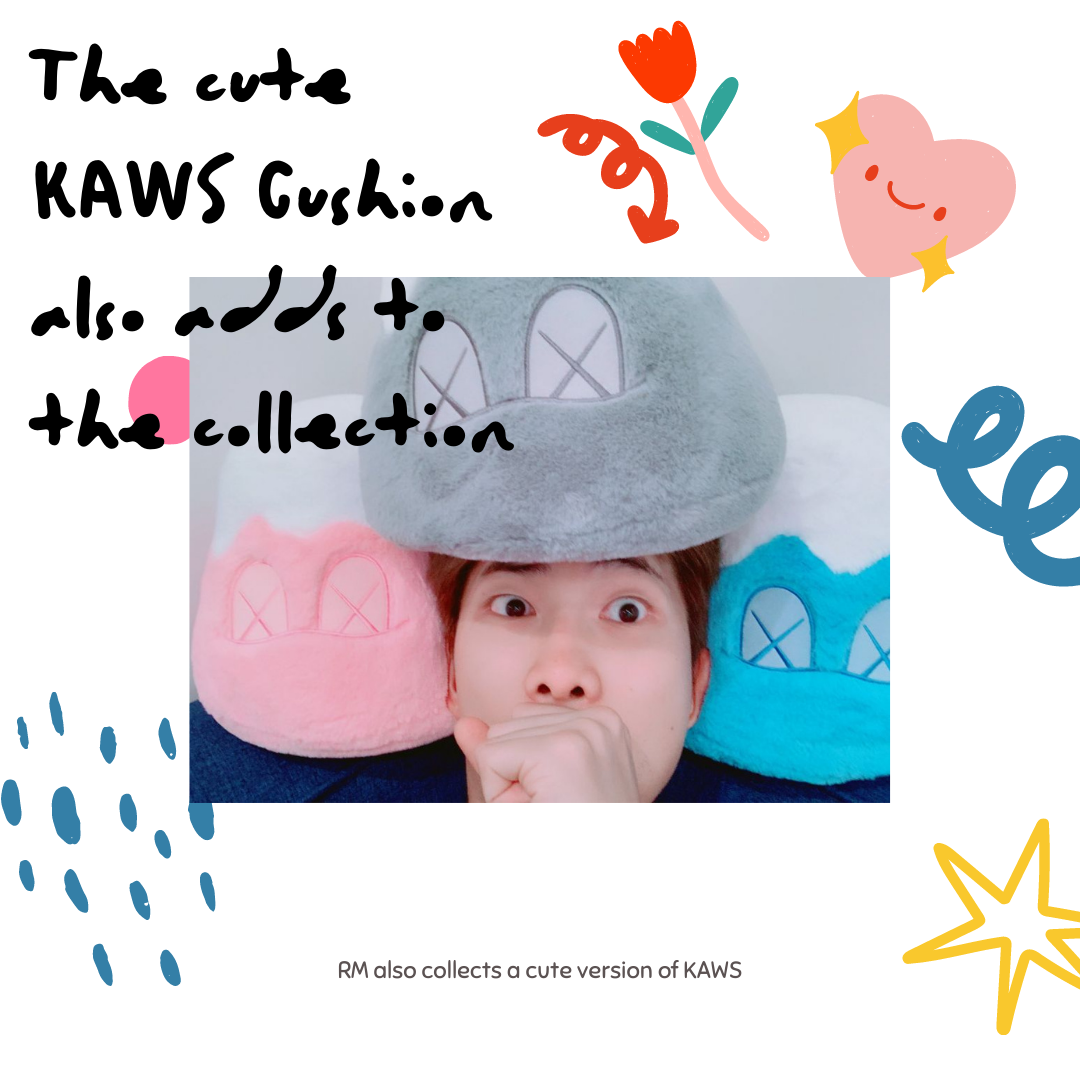 Not only does RM have a KAWS in the shape of a Mickey Mouse and skull mix, but RM also collects a cute version of KAWS, the Kaws Holiday Japan Mount Fuji Plush edition, and don't forget to show it off to ARMYs via Twitter!

9. Meet and take photos with the creators of KAWS! 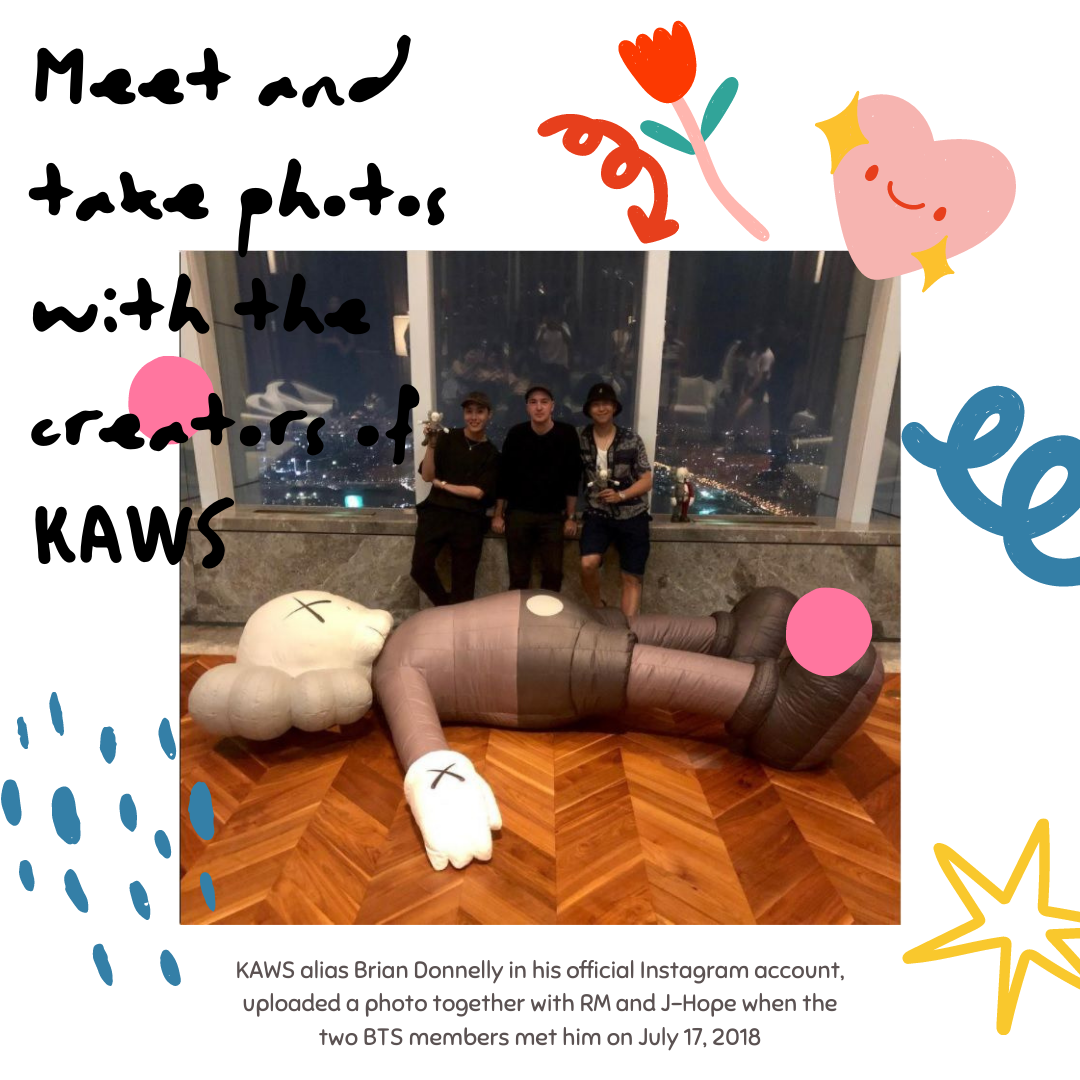 KAWS alias Brian Donnelly in his official Instagram account, uploaded a photo together with RM and J-Hope when the two BTS members met him on July 17, 2018. Through their Twitter account, BTS members J-Hope and RM also uploaded photos of the two with KAWS on the same date.

RM and J-Hope's love for KAWS more or less makes ARMY amazed and envious. Everything that smells of KAWS is fully collected and neatly arranged. Every now and then, they will show off their new collection to ARMY by uploading photos or while they are life. This got the attention of KAWS until the creator was awarded KAWS products directly. It's amazing!