Many words of the member whose really happened, especially about BTS. Here are 10 SUGA BTS predictions that came true!

It's no secret that SUGA BTS is nicknamed Minstradamus. The name comes from "Nostradamus," the famous fortune-teller from France. Nostradamus was given to SUGA not without reason. He often says something that will come true in the future.

As he said in the KBS interview, his "predicting" ability even made four people come to SUGA to ask for lottery numbers. Many words of the member whose real name is Min Yoongi really happened, especially about BTS. 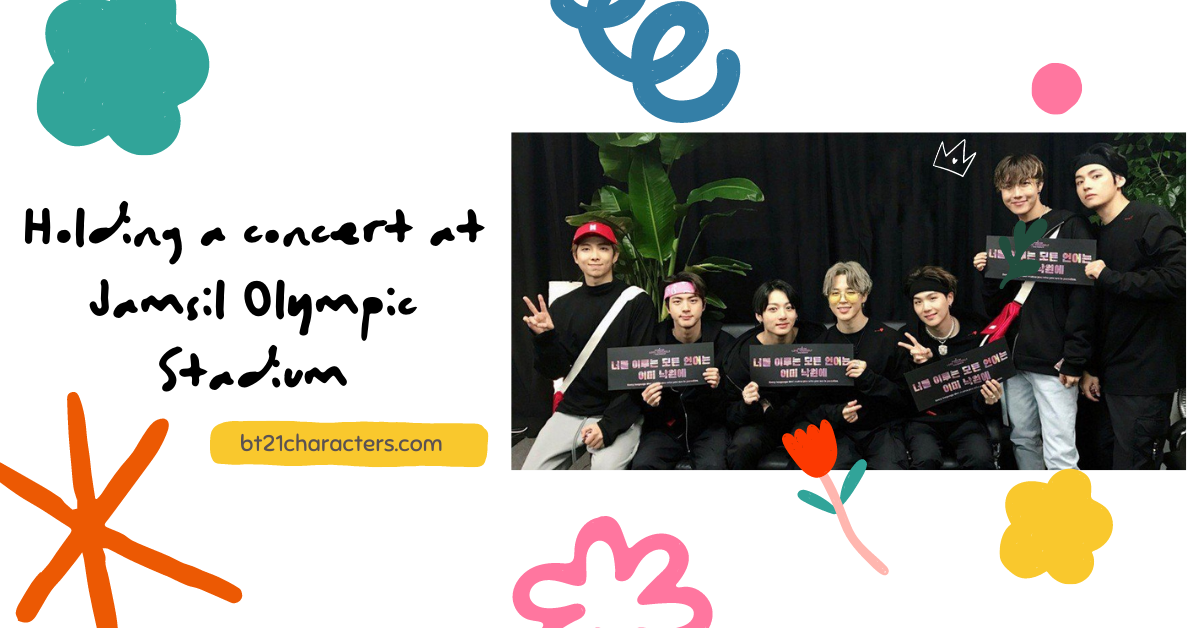 BTS has a tradition always done before their anniversary, namely by holding a content marathon called Festa. One of the series is Kkul FM. In 2015, during the radio show-themed event, SUGA revealed that he wanted to hold a concert at Jamsil Olympic Stadium. This is one of the largest stadiums in South Korea.

Holding a performance in an area with a capacity of up to 69,950 people is a dream for many musicians in the country of ginseng. It turns out that this is not just a dream for BTS. The boy group managed to do it in 2018. Again, SUGA's words came true.

Read also : 11 Random Fact Suga BTS Will Be Amaze You 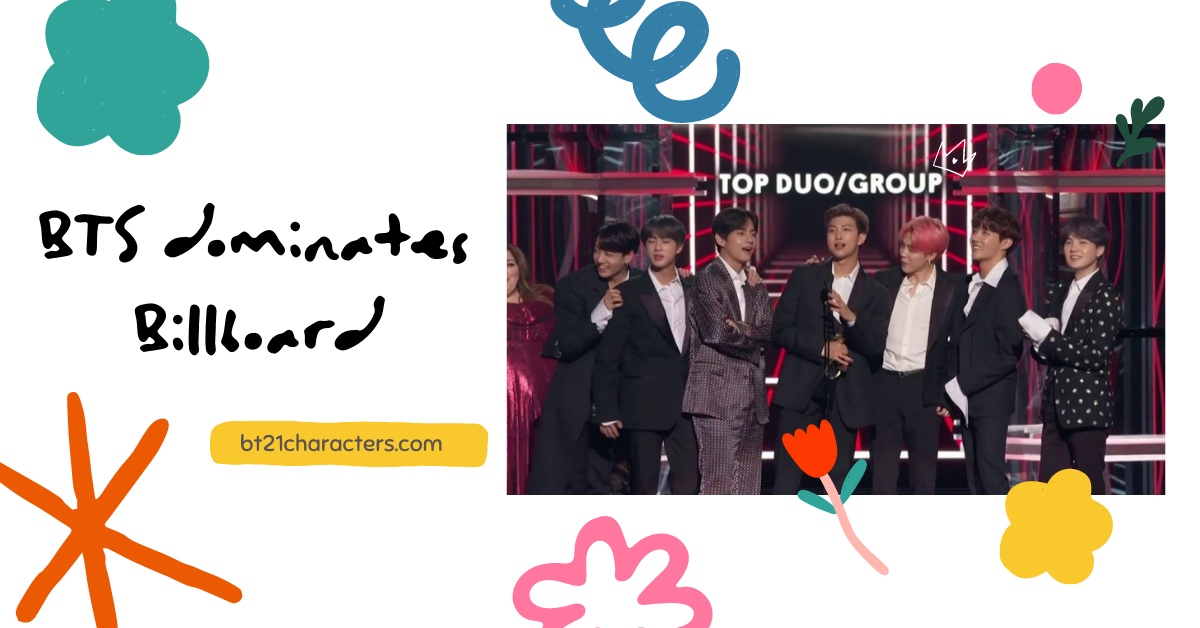 In his first mixtape, Agust D, in 2016, SUGA revealed his prediction about BTS's dominance on the Billboard chart. Here are the lyrics he composed in the song "Agust D":

"Next up is the Billboard, Brazil to New York. I'm about to burn this passport."

3. His hard work has paid off with success 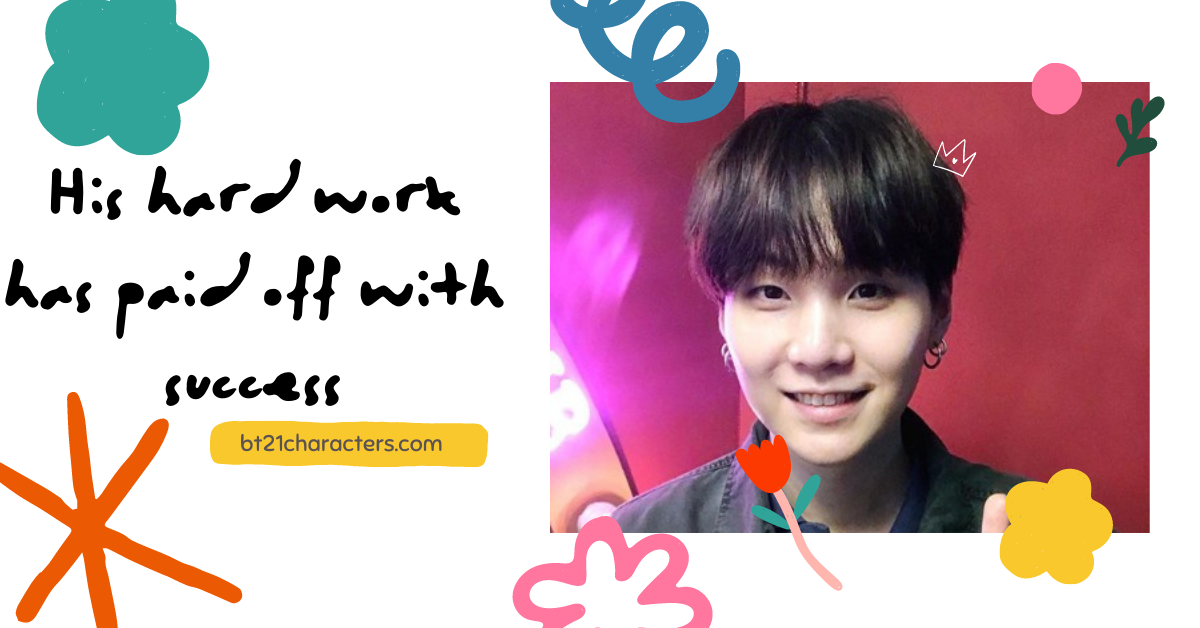 SUGA is known for his personality that is not good at making small talk. From the very beginning of his career, he was not shy about expressing his goals for the future on various occasions. For example, as conveyed through the lyrics of BTS' debut song "No More Dream,."

There, he mentioned that he wanted to have a big house, a car, and a ring, which indicated that SUGA wanted to be successful in a career as a musician. This goal was finally realized. He managed to buy an apartment for 3 million dollars, became a Hyundai car brand ambassador, and had a brilliant career.

4. Attend and perform at the Grammy Music Awards

In an interview for J-14 Magazine in May 2018, SUGA was asked about the next steps they want to take. Shyly, he replied that he wanted to appear at the Grammy Music Awards.

This turned out to be a reality. In 2019, BTS attended the Grammys as a presenter. The album Love Yourself: Tear was also nominated for Best Recording Package. It didn't stop there. In 2020, BTS was invited as the only South Korean performer at the Grammys. Their single, "Dynamite," also received the Best Pop Duo/Group Performance nomination.

The triple crown is commonly used when a song wins three times on music shows in South Korea, for example, M Countdown, The Show, Inkigayo. Not all groups and musicians can get the title because the criteria are stringent.

Interestingly, SUGA inadvertently made a prediction regarding this. He wanted to know what it was like to get a triple crown. This was conveyed in an interview with Music Bank during the "Run" promotion period. By becoming the number one artist with 131 wins on music shows, BTS has gone beyond that.

6. Prediction of Hyundai cars that will skyrocket in sales 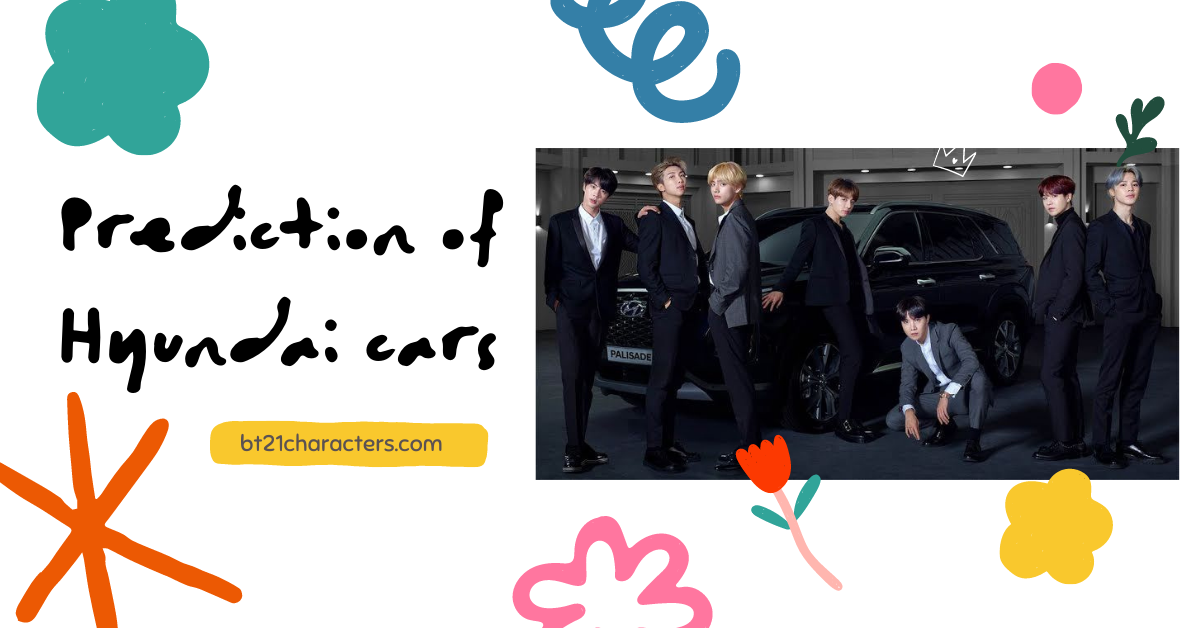 While taking pictures and videos for Hyundai's promotions, SUGA didn't just do its job of taking photos and videos. He also predicts how the cars advertised by BTS will sell well in the market.

Again this becomes real. The Hyundai Palisade, which is estimated to have sold 25 thousand units, has skyrocketed twice as it received a demand of up to 52 thousand units. 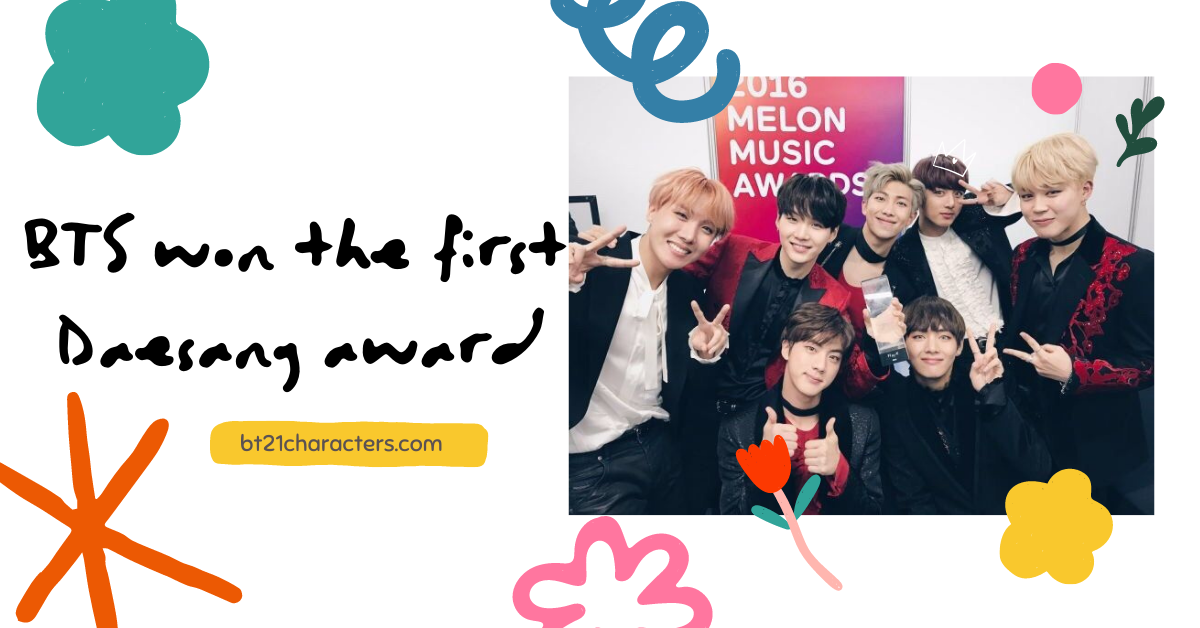 During the Bon Voyage event in 2016, BTS visited Santa Park, Finland. They wrote letters as Christmas gifts to receive when Christmas arrived.

SUGA wrote a letter to BTS which stated that they had worked hard and put all their efforts into it. If the letter arrives when the year-end award ceremony is held, he hopes that BTS' hard work will pay off with a Daesang.

8. BTS is the most influential artist in the world 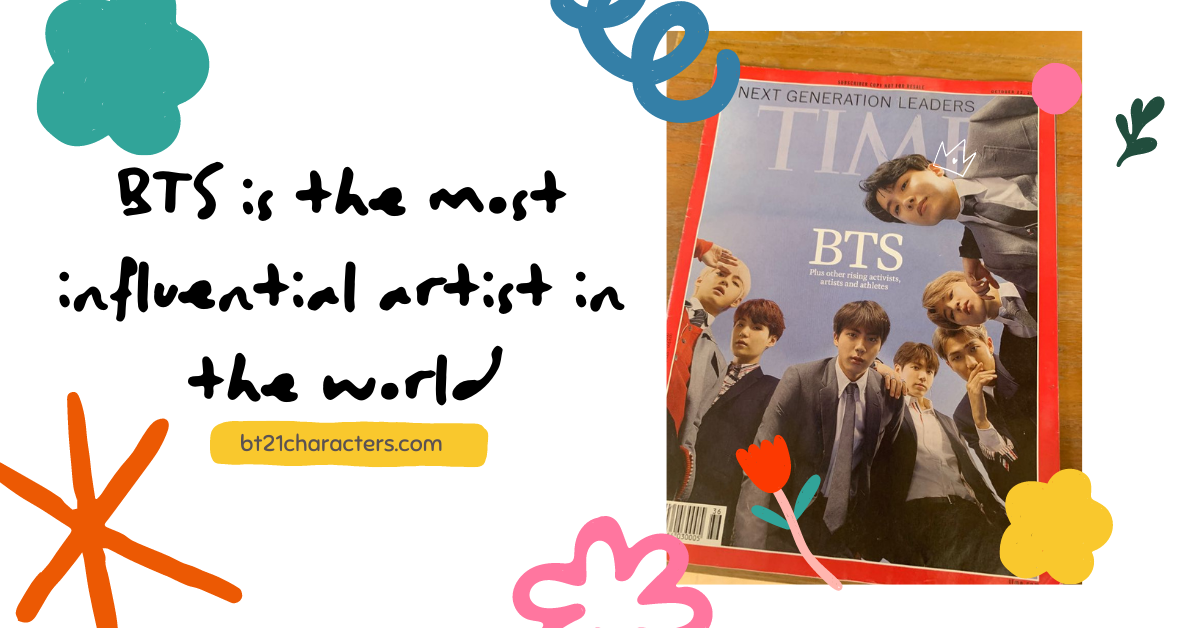 At the Love Yourself: Tear press conference held in 2018, reporters asked SUGA about their next goal. He revealed that BTS wants to be the most influential musician globally. In 2019, BTS was successfully nominated in TIME magazine's list of most influential artists.

9. Not only big things, but SUGA also predicts his victory when playing UNO 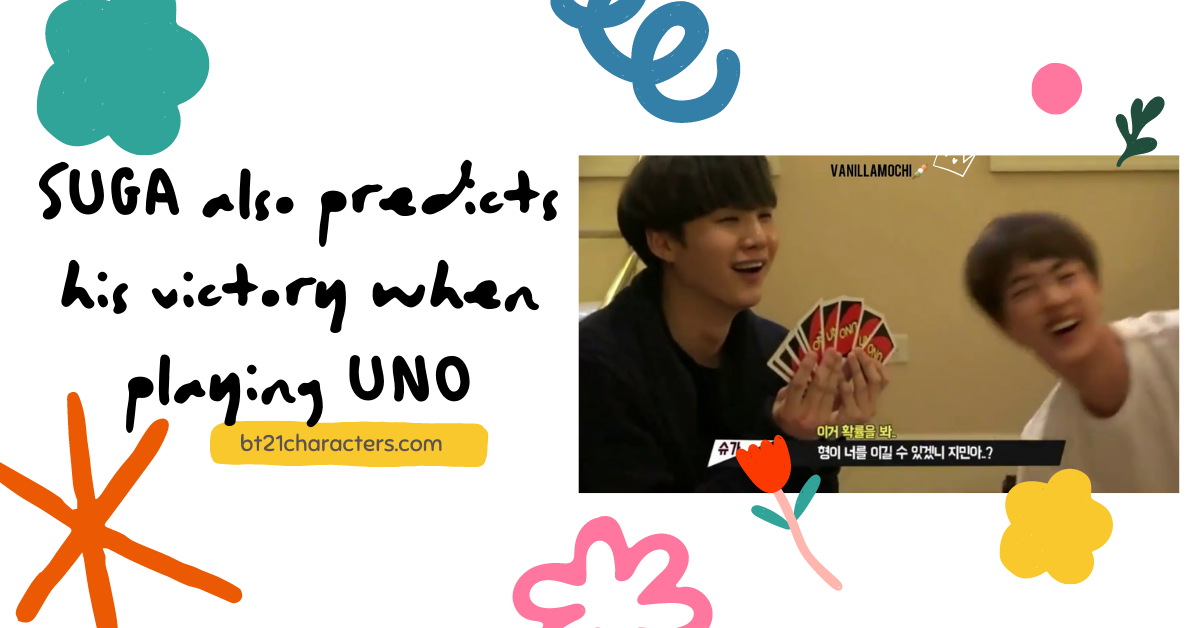 Although already a billionaire, BTS is often competitive in playing even though the prizes are trivial. This was proven when they played UNO in Run BTS!. SUGA, who doesn't want to lose, uses his superpowers to predict which UNO card will win him. The prediction result was correct. Even though it's trivial, it turns out that Minstradamus's power is adequate, huh!

10. BTS managed to hold concerts at the world's biggest stadiums 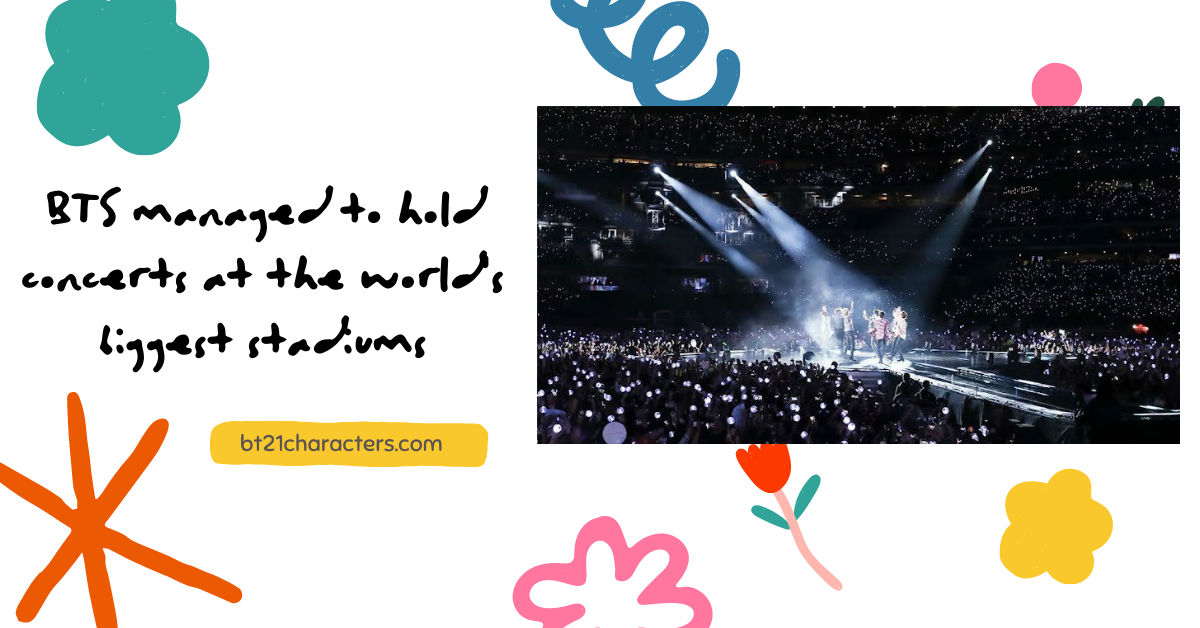 Still at the same press conference for the release of the album Love Yourself: Tear, SUGA also hopes that BTS can hold concerts at various stadiums worldwide. This wish finally came true.

BTS held a world tour titled Love Yourself and Speak Yourself, held at various significant stadiums worldwide. Starting from the Rose Bowl, Wembley, King Fahd, and many more. The largest is the Rose Bowl, America, accommodating up to 90 thousand people.

Most of the predictions that SUGA made have come true from a series of predictions. ARMYs are even ready to listen to the projections they will make intentionally or unintentionally in the future. What do you think will come true from SUGA's words, huh?
BTS Website talks about BTS members, BTS review, BTS Profiles, BTS songs list, ARMY (BTS fans), and anything related to something interesting about BTS.