7 Things That Make V BTS Liked by Everyone

Kim Taehyung, aka V BTS, a vocalist, songwriter, and actor, is a phenomenal boy band Bangtan Boys (BTS). Having a unique and cheerful personality makes him famous and an idol for many people. If you are a big fan of V BTS, you must read this article. Just scroll down, come on!

1. Has two different sides of personality, complete and unique package! Suppose you are a big fan of this idol. In that case, you certainly know that this idol has two different personalities on stage and below.

When on stage, you will see the figure of V, who is calm, talented, and charismatic. But when under the scene, he will look like a child with unique and eccentric behavior. Starting from talking to animals and to doing unexpected things. No wonder he got the nickname 4D personality.

This complete package is what makes you fall in love; who doesn't want to have a calm and charismatic boyfriend, but on the other hand, can he act silly to entertain? Only V can do this.

2. Social butterfly, his friends, both celebrities and non-celebrities, are many! 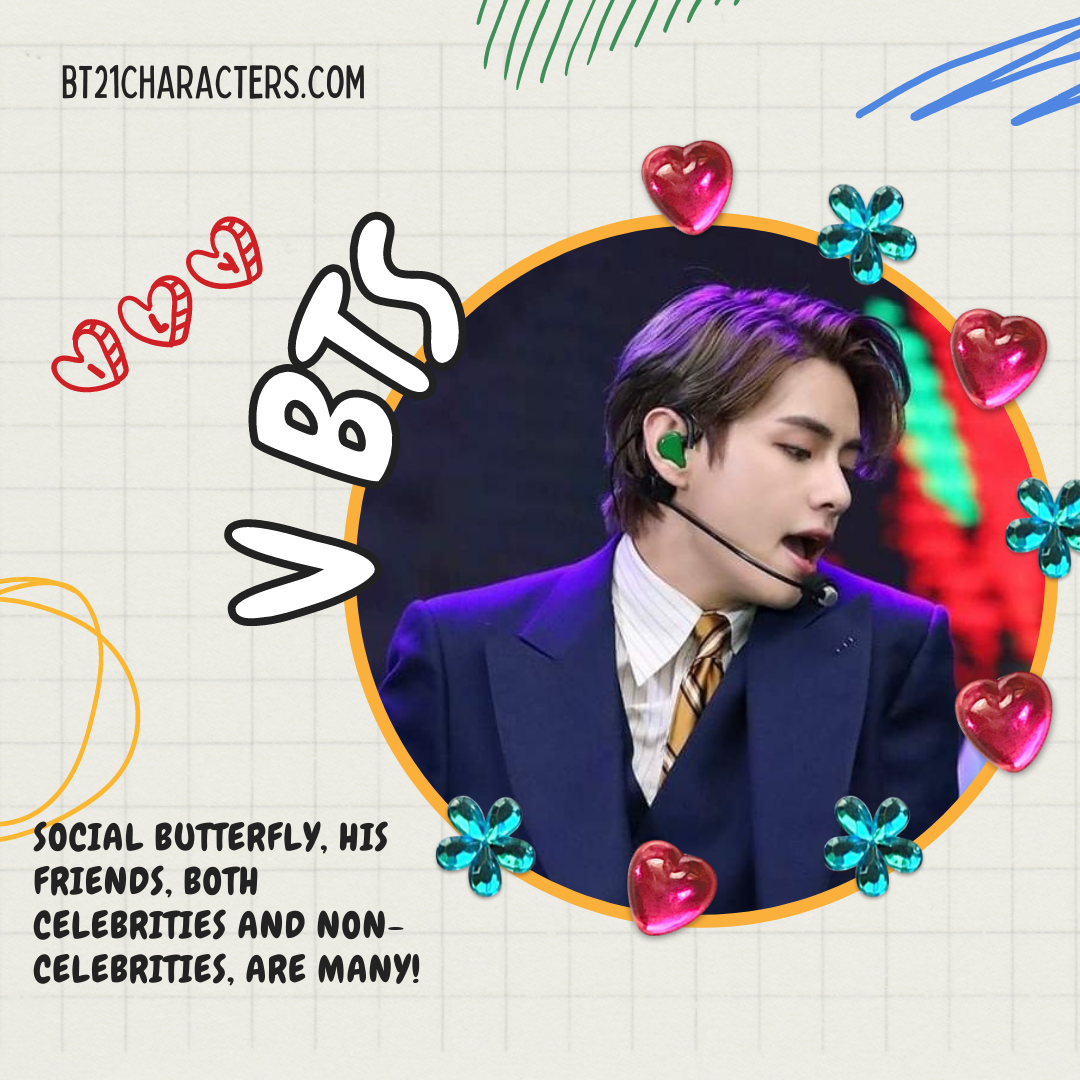 V BTS is indeed the friendliest member in BTS. He is straightforward to make friends with both celebs and non-celebs. Like the actors ''Hwarang'', Park Hyung Sik, Park Bo-Gum, to Park Seo Joon.

Many idols become friends, such as BTOB's Sung Jae, EXO's Suho and Baekhyun, Kim Min Jae, and many more.

During his school days, he was also popular and had many friends. His friendly nature makes him always make new friends wherever V is.

3. V is a child lover, a very material daddy! Many had captured the moment when V was with a small child. He seemed very fond of and nurturing small children. Not only is he a boyfriend material, but he is also suitable as a daddy material.

V himself, in the future, wants to be a good father to his children, like his father, who looks after and protects V and his younger siblings. V made his father a role model.

His behavior towards small children makes anyone who sees him melt and fall in love with V. V BTS briefly starred in the drama ''Hwarang'' and got the role of Hansung, a young boy with a cheerful personality. We can see he is very talented in the world of acting.

His acting as Hansung made us laugh and sad when he died to save his family and friends. His acting deserves a thumbs up!

Before his debut as an actor, V often showed his photos with various expressions. According to Suga, he often dialogues with himself as if he was playing a role.

5. Classical music lover and has a very sexy voice If you're a Spotify user, you can see a list of V's favorite songs, which are dominated by tempo songs, such as ''Blue Room'', ''Half As much'', and others. He claimed to be a fan of classical music. Not only that, but he is also good at playing the saxophone.

Among BTS' vocal lines, he is the only one with a baritone voice, while Jin, Jungkook, and Jimin are tenors. His voice is very distinctive, deep, and of course, very sexy. You can hear her sexy voice in the song ''Singularity''. His voice makes a lot of ARMY fall in love, you know.

6. Have an incredible sense of fashion. That's really cool! Many praised this guy's fashion sense. Every appearance, whether on stage or in her daily life, she always displays a chic style ranging from simple to quirky, which makes her even more charming. Many other idols make it a role model in a dress.

''Gucci Boy'' is one of V's nicknames for BTS. He is an enthusiast of this one fashion brand. No wonder her style is always classy and stunning. From clothes to knick-knacks, almost all are Gucci brands, making all ARMYs gawk every time they see the price.

7. Having a beautiful face like an anime character, his handsomeness makes you hysterical! Getting the title ''The Most Handsome Face'' is proof that this idol is very handsome. This BTS member also earned the nickname CGV because of his pretty face, like someone who came out of animation, perfect attractive.

178 cm height combined with a handsome face like an anime character, a beautiful smile, and the charisma of a prince, you certainly agree that V is gorgeous. No wonder many are hysterical and screaming when they see V at a concert.

As people get older, people love and make them biased. Do you like V or not? Share your opinion about V BTS in the comments column. Let's go!
BTS Website talks about BTS members, BTS review, BTS Profiles, BTS songs list, ARMY (BTS fans), and anything related to something interesting about BTS.