What is BTS Muster? This is the Explanation

What is BTS Muster? because this event can be viewed from six angles and several other elements, such as ARMY in echo and ARMY on-air. Wooooh!

What is BTS Muster? - BTS enjoyed a special time with ARMY when they held the BTS Muster Sowoozoo 2021 fan meet for two days. This event was also celebrated the eighth anniversary of the group. 1.33 million people in 195 countries watched the event. This is called BTS Muster.

The 2021 BTS Muster Sowoozoo had a lavish stage and featured live performances outdoors that covered 15 songs. The event can be viewed from six angles and several other elements, such as ARMY in echo and ARMY on-air, including ARMY signals and ARMY in echo. Wooooh! Sowoozoo, a Korean term that means Microcosm or small Universe, is also known as Sowoozoo. BTS 2021 Muster Sowoozoo's outdoor setting is decorated with different planets, making it feel like one large dreamland. The number 8, which refers to the anniversary of their birth, is also the symbol of infinity.

BTS performed their latest hits, such as Butter, Life Goes On, and Dynamite. The group then welcomed fans from all over the globe. The communication is done through ARMY in Echo and ARMY On-Air technologies. Fan voices were recorded and used to sing along with the idol, shouting fan chants.

BTS also performed hits such as Fire, So What, and Dis-ease. I also remember the appearances of Jungkook, Jin, and RM, who sang Stay and Suga and J-Hope and Jimin. V performed Fly to My Room. BTS performed IDOL, Move, Daechwita and IDOL on the first day. After preparing a slightly different setlist over the past two days, they served Film Out, Chicken Noodle Soup, and Telepathy on the second day.

BTS held Muster last June 2019, in Busan and Seoul, with the theme Magic Shop. They did not have the event last year due to the Covid-19 pandemic. On Tuesday (15/6), Big Hit Music announced that BTS would release the single Butter to celebrate the birthday of ARMY (the day the BTS-ARMY fandom was officially named). Butter will be included on the CD, as well as new songs. The CD will be available on July 9, 2021.

What is the difference between BTS Muster and BTS Festa? 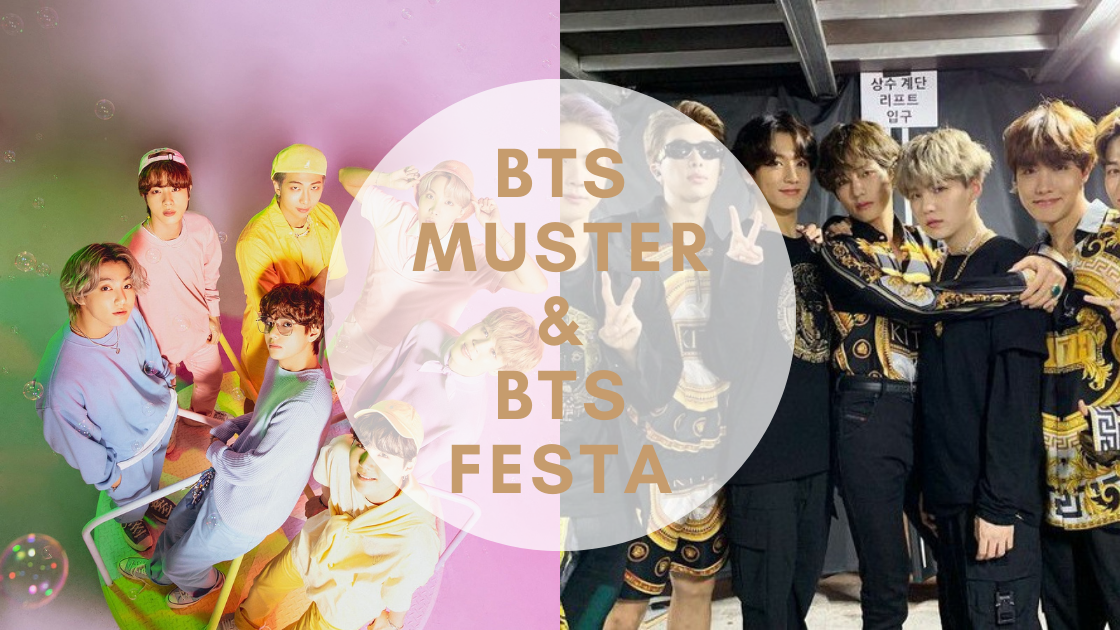 Oh, that's different! BTS' debut with No More Dream on June 13, 2013, was the day that the Korean music industry began to accept the band. Every year, BTS celebrates its debut anniversary. They start the celebrations by releasing funny and fun content starting in June. This is what we call BTS FESTA. BTS releases a lot of content on different platforms, usually beginning June 1. There are new songs, practice videos, and unique photoshoots every year. There is also merchandise and bio writing

BTS Muster is an annual fan meeting. Google claims that every year, BTS holds a South Korean fan meeting. Muster was the show's name, the acronym for the army association in English. Their fans are known as ARMY or soldiers.

Do you now understand what Muster BTS is? This is an Army Official fan event that takes place every year.

This fan meetup will be held in 2022 to commemorate the 9th anniversary of BTS and the Army. The event will be streamed live online. The broadcast location of the event has not yet been announced. This event will be broadcast for two days as of 2021. Are you interested in taking part?

This event is usually held offline in Korea. Fans with an Army ID will be permitted to enter the event free of charge. We don't yet know the details of this year's event.