When is BTS "Map of the Soul: Persona" Coming Out?

When is BTS "Map of the Soul: Persona" is coming out and how can this album sold 3.2 million copies in 19 days? Wow! Check out this review!

When is BTS Persona Coming Out? -- Before discussing this album, I want to say that although my opinion may be slightly different, this song is lovely. The beat of the lyrics, Kim Namjoon, the visualization of the MV are excellent. It's a shame this song wasn't on the speak yourself setlist. Even though I already imagined how stunning it would be if one stadium sang with Namjoon. Beautiful, right? Haha

When is "BTS Map of the Soul : Persona" Coming Out 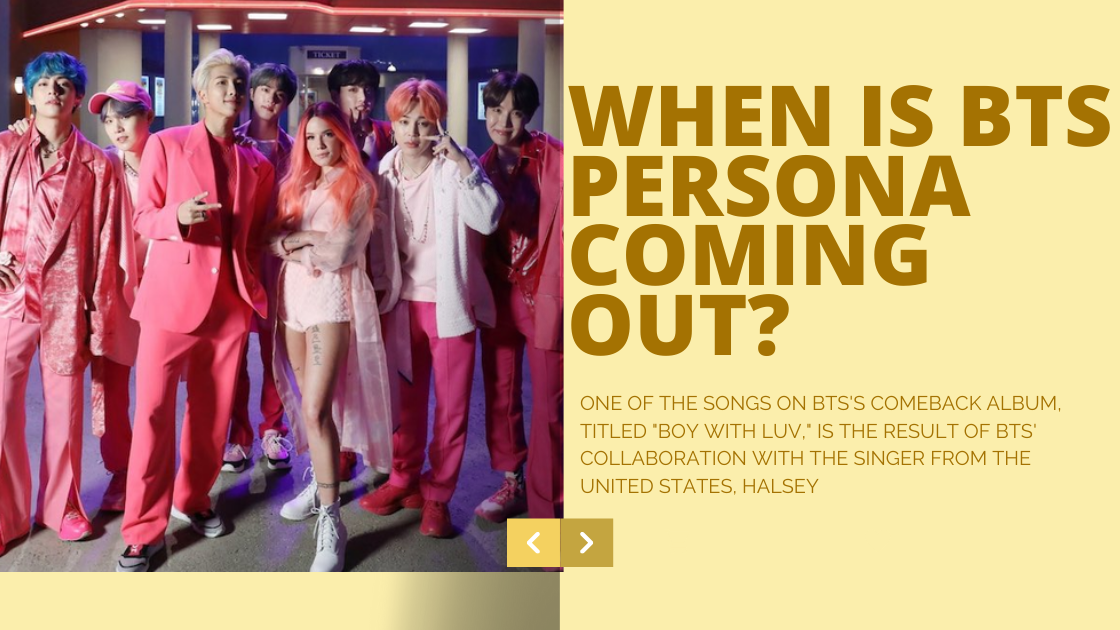 One of the songs on BTS's comeback album, titled "Boy With Luv," is the result of BTS' collaboration with the singer from the United States, Halsey. The teaser of the song "Boy With Luv" was released on Big Hit Entertainment's YouTube account on Sunday, April 7, 2019.

The first teaser for the BTS song "Boy With Luv" is 46 seconds long. The song begins by featuring Halsey at the ticket booth. Then he decided to close his counter and walk out of the cinema. Arriving outside, the singer of "Without Me" met BTS members, namely RM, Jin, Suga, Jimin, J-Hope, V, and Jungkook, who were sitting on the sofa as if they were waiting for something or someone. In front of the cinema is written Persona. This "Boy With Luv" teaser video is really cool! It has been watched more than 35 million times as of this writing.

Meanwhile, another teaser, "Map Of The Soul: Persona," entitled Intro: Persona, was released on Thursday (28/3/2019). Hype features BTS leader Rap Monster (RM). With his rapping skills, RM tells the story of a person who tries to find the true character within himself. "Who I am is a question I have had my whole life. Questions that I probably won't be able to answer forever" said BTS's RM.

Meanwhile, in other lyrics, RM describes a person's efforts to act and maintain his image. The songs illustrate this, "This is a barometer of myself that I want to keep. "I" of myself. "I" than others would expect. I'm the one you love. And me which I formed myself." 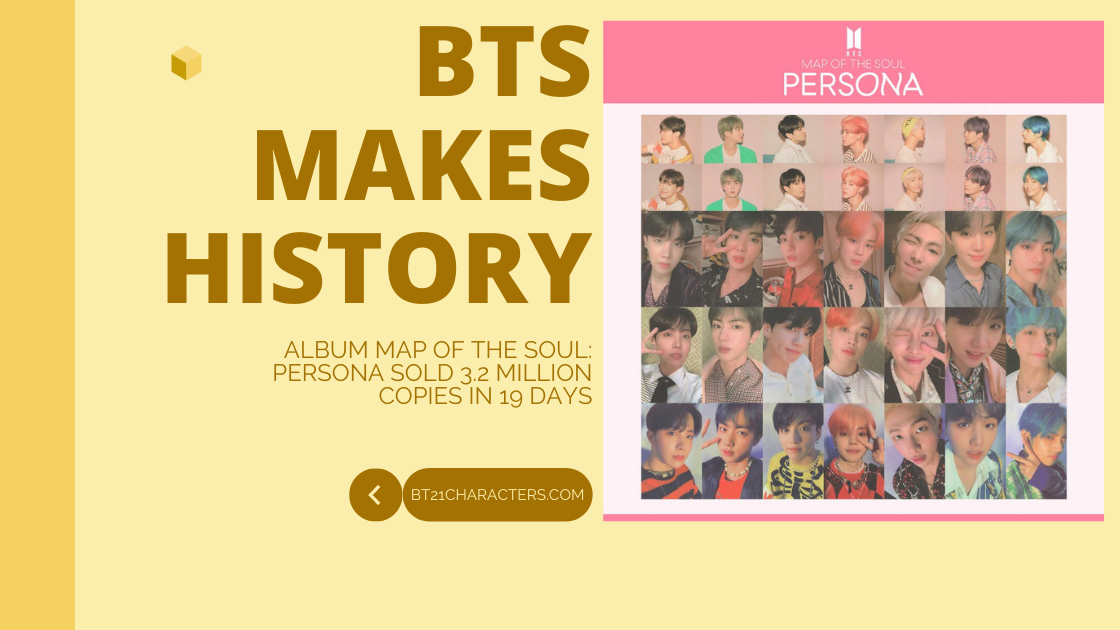 For information, the album was released on April 12, 2019. That means Map of the Soul: Persona achieved these sales in only 19 days. It was the biggest selling album in Gaon Chart history. According to Gaon Chart, the song "Boy With Luv" (featuring Halsey) also topped the digital download rankings.

Gaon Chart is an institution that records data on sales of musical works, both physical and digital. It was formed by the Korea Music Content Association and sponsored by the Ministry of Culture, Sports and Tourism.

Cool BTS Album "Map Of The Soul: Persona," right? Have you bought this album yourself yet? Anyway, good luck to BTS for consistently achieving big sales on every album. We ARMYs will always pray for BTS to the pinnacle of glory!