Where Does BTS Live? Anyone Choose to Be a Neighbor?

Where does BTS live? After eight years in the music business, RM and his friends have amassed a wealth that can be used to purchase a luxurious house.

Where Does BTS Live? - BTS is the definition of rich and young. After eight years in the music business, RM and his friends have amassed a wealth that can be used to purchase a luxurious house. BTS currently lives together in a dorm. They also purchase apartments and houses privately. Some members choose to buy more than one apartment unit. 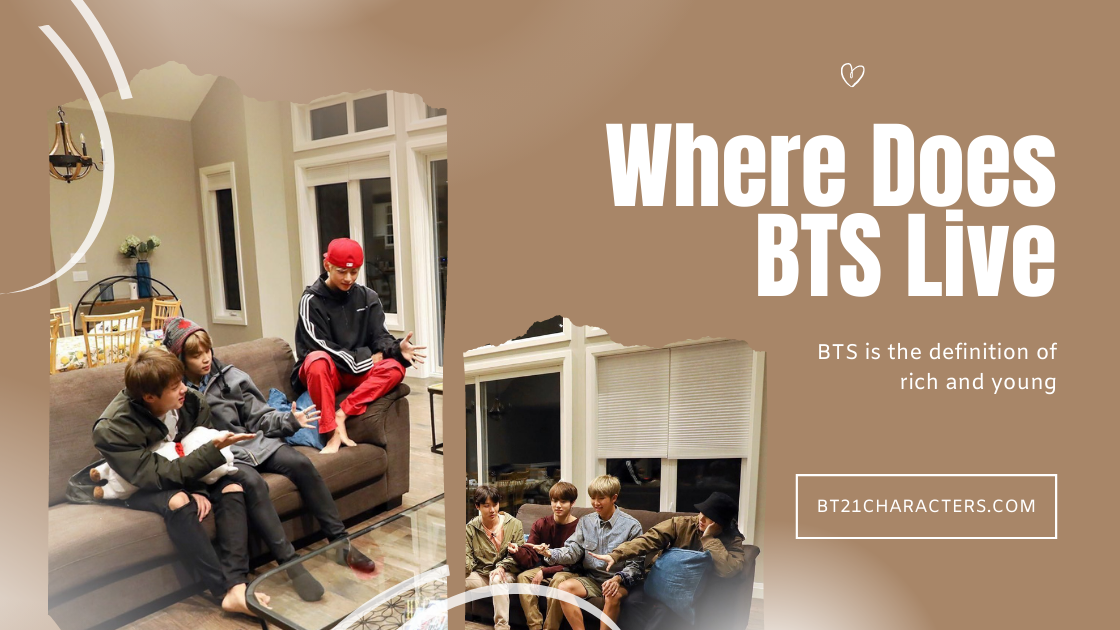 Jungkook was reported as having donated an apartment unit to his brother. Let's see what the house portrait of the BTS members looks like.

Before you go to the BTS live, you must know their current dorm. Since 2017, BTS has been living in Hannam the Hill. According to South Korea's Ministry of Land, Infrastructure, and Transport, Hannam the Hill was the most expensive apartment in South Korea between 2015 and 2020.

BTS members reside in a flat of 2,150 square feet. BTS shot there a music video for Life Goes On. Because of its tight security, many Korean celebrities have lived in this apartment building.

2. Jin lives in an apartment in Hannam The Hills

Jin BTS purchased a luxury apartment for USD 1.78million in 2018. He bought the condo in Hannam The Hills, where does BTS also lives.

The acquisition of Jin has led to a dramatic increase in its value, which is now around USD 3.4million. This property was given to Jin by his parents as a gift because he lives in the dorm with BTS.

3. Jimin and RM are the apartment owners at Nine One Hannam

Jimin and RM own an apartment unit in Nine One Hannam, Seoul's most expensive apartment building. It is also known as the Beverly Hills of Korea. This apartment is near Namsan mountain and the Han River, two famous Seoul landscapes.

It has a 4-step verification security system and facilities such as a party room, a golf course, and a swimming pool. There is also a luxury dining room that serves breakfast prepared by the hotel chef. The complex offers a lot of entertainment for celebrities.

Jimin and RM purchased the unit in March 2021 for USD 5.7 million each. They will be neighbors to G-Dragon, Jun Ji Hyun, and other top stars if they decide to live in an apartment.

Seoul Forest Trimage, a city known for being a star-studded place, is home to many idols, including Sunny from Girls' Generation, Yura from Girl's Day, and Kim Jaejoong of JYJ. J-Hope joined this list in 2016 when he purchased property there. He later bought another unit in the area.

J-Hope purchased the second item on Jungkook's same day. The flat they shared was on the same floor. The BTS member bought a two-story house in Itaewon, for USD 7,000,000, in November 2020.

V and Suga came from the same place, Daegu. According to MBC's 14F YouTube channel in Seoul, Suga bought a property in Hannam Riverhill for $3 million in August 2018. It is located in the exclusive UN Village neighborhood.

Suga purchased it without any installments or cash. Famous celebrities like Park Narae and Shin Min Ah, Ha Ji Won, and Big Bang's Taeyang have lived in the UN Village apartment complex.

The unit is suitable for the Han River, which runs through Seoul's heart. It offers a spectacular view of the city. His family is said to have occupied V's Gangnam apartment.

This row shows portraits of BTS members whose houses cost many billions. This is the true definition of young rich men!

Are all members of the BTS living in the same apartment? 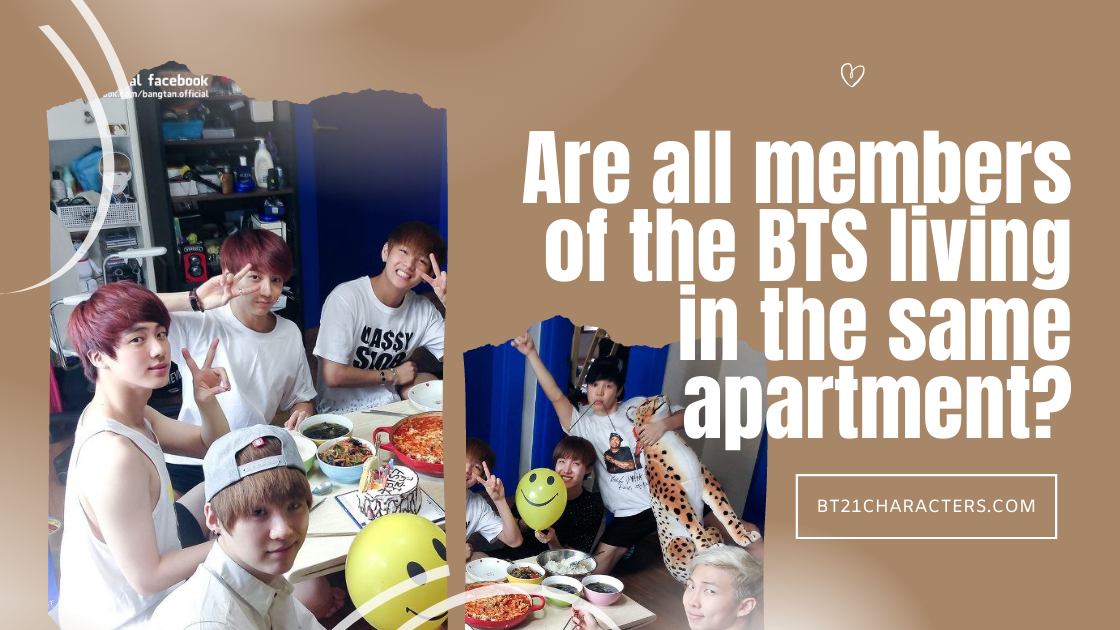 They live together even though they have their own houses. It doesn't matter what it is. Their strength and perseverance had amazed me, especially after the 2021 BTS Festa when they made rolling papers. It was clear to see how members cared about one another and supported each other.

I can still recall Jin saying that he didn't have friends. The members immediately protested. Jin then replied that BTS members were not his friends but were close family to Jin.