BTS Nominated for 7 Billboard Music Awards 2022 in These Categories

billboard music awards 2022 bts billboard music awards 2022 nominations billboard music awards 2022 vote vote for bts billboard 2022 billboard music
BTS has successfully nominated for seven nominations Billboard Music Awards (BBMA) 2022. On Friday, April 8, 2022 local time, the BBMA announced the full list of nominations for this year. In 2021, BTS set a personal record for the most nominations they have ever received for the Billboard Music Awards with four nominations. Where this group eventually won all four awards.
Reporting from Soompi, Saturday (9/4/2022) this year, RM and his friends have set a new best record by winning seven nominations. This is also the most nominations of any group or duo. For the fourth year in a row, the K-Pop idol consisting of Jungkook, V, Jimin, J-Hope, RM, Suga and Jin was nominated for the Top Duo/Group category, which they won in 2019 and 2021.
BTS is also once again competing for the Top Song Sales Artist and Top Selling Song categories for their English song Butter and Permission to Dance. These are two other awards the group won in 2021.
They were also nominated in new categories, Top Billboard Global Artist and Top Billboard Global Song thanks to the song Butter. Their seventh nomination is for the Top Rock Song category thanks to the song My Universe, BTS' collaboration with Coldplay. Meanwhile, BBMA 2022 is scheduled to be broadcast live from Las Vegas on Sunday, May 15, 2022 at 20:00 local time. 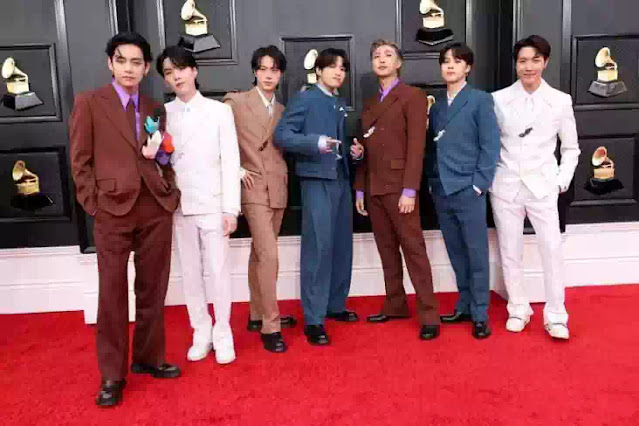 BTS became the first K-pop group to be nominated for and win a Billboard Music Award in 2017. They have since won an award each year, last year receiving the top honor in categories Top Duo/Group, Top Social Artist, Top Selling Song and Top Song Sales Artist.
Billboard awards and nominations are based on 12-month reporting periods that collect data on artists’ annual career performance, such as album and digital song sales, radio airplay, tours and social engagement. This year’s awards are based on data between April 10, 2021 and March 26, 2022.