What is 7 Fates with BTS? And what does destiny mean according to each member? Come on, chek this review!

What is "7 Fates" with BTS? - HYBE, in December 2021, announced a collaboration with Naver Webtoon and Wattpad to release web comics and web novels through the platform. The story will use the HYBE artist as its character. The tale of BTS is titled 7 Fates: CHAKHO.

Taking a modern setting, the webtoon' 7FATES: CHAKHO' will tell the story of the urban fantasy of 7 young people. This series, a Webtoon and Wattpad project will feature members from BTS. 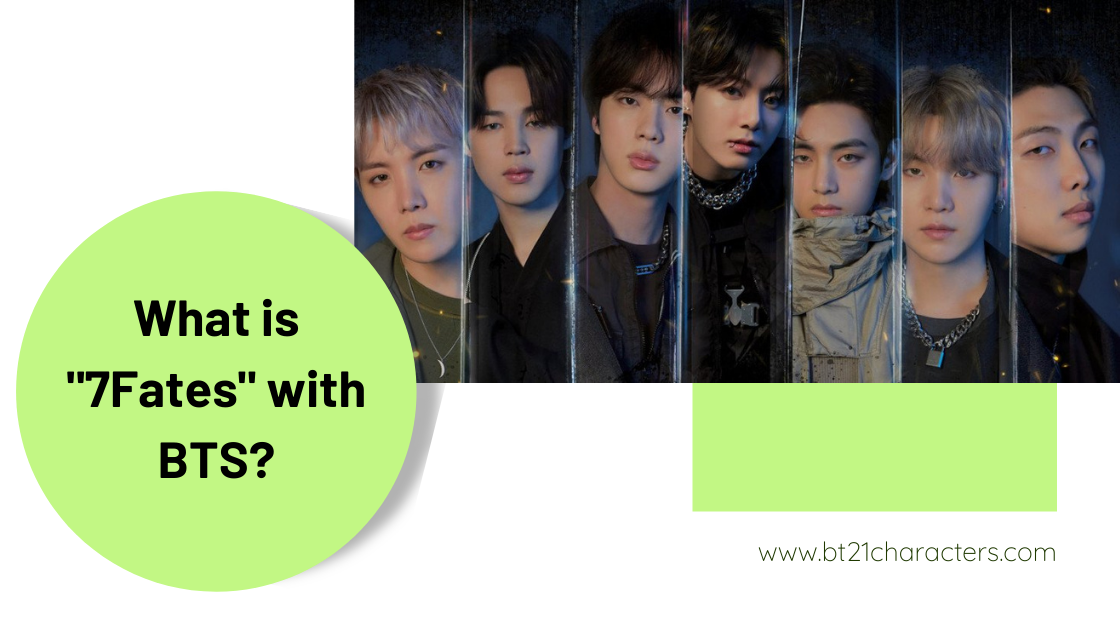 '7FATES: CHAKHO,' this fantasy story is inspired by a tiger hunter officer in the Joseon Dynasty called Chakhogapsa. The seven boys, played by BTS members, grew up together and intertwined in the name of destiny and overcame all difficulties.

In Youtube 7 Fates: CHAKHO by HYBE, BTS members such as Jimin, V, and Jungkook were interviewed about their views on the destiny that can bring BTS members together.

After growing up through trials and tribulations, seven young men bound by fate must band together to uncover their destiny. This story is filtered from HYBE's imagination and retells traditional stories about tigers in South Korea and the mythological world of beasts.

In the released teaser video, the BTS members seem to be playing with the rays of light emanating from their hands. The teaser is very curious because there is no other information written.

Quotes About Destiny According to 7 BTS Members, What Does Destiny Mean According To Each Member?

What's fate, according to Jimin? 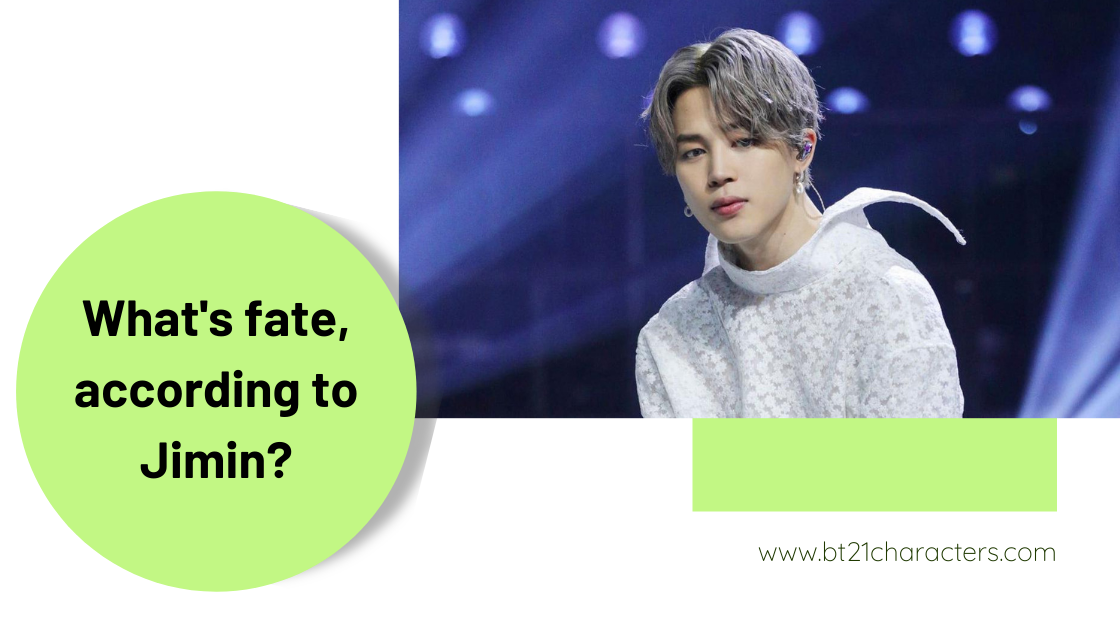 "Perhaps fate is something you have to reveal yourself. It may be convenient to think that destiny is predetermined, but in reality, it is not. You get lost and wander in that world more often than you find yourself on the right path." said Jimin BTS.

"If you just give up because you lost, fate has lost its power. But if you think you'll find it no matter what happens, all the time you spend wandering around will be fate."

What is fate, according to V BTS? 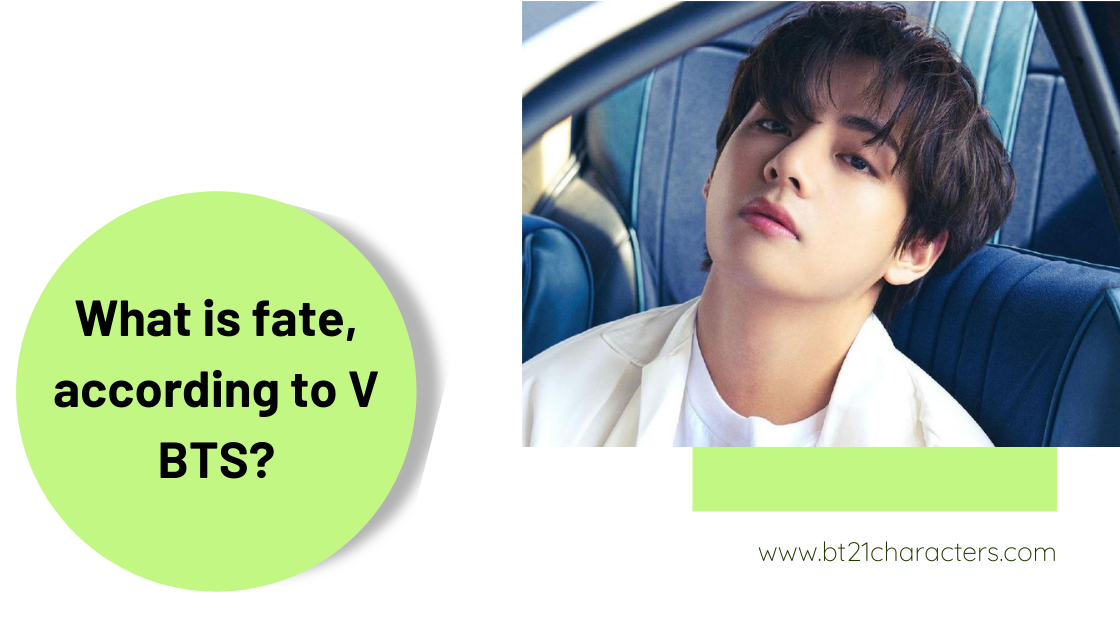 "I think fate doesn't show itself as easily as playing hide and seek. When you think something is destiny, it immediately disappears. It moves away from you when you think you have understood it." said V BTS.

"In the end, fate keeps us moving forward while playing hide and seek," he said.

What is fate, according to Jungkook? 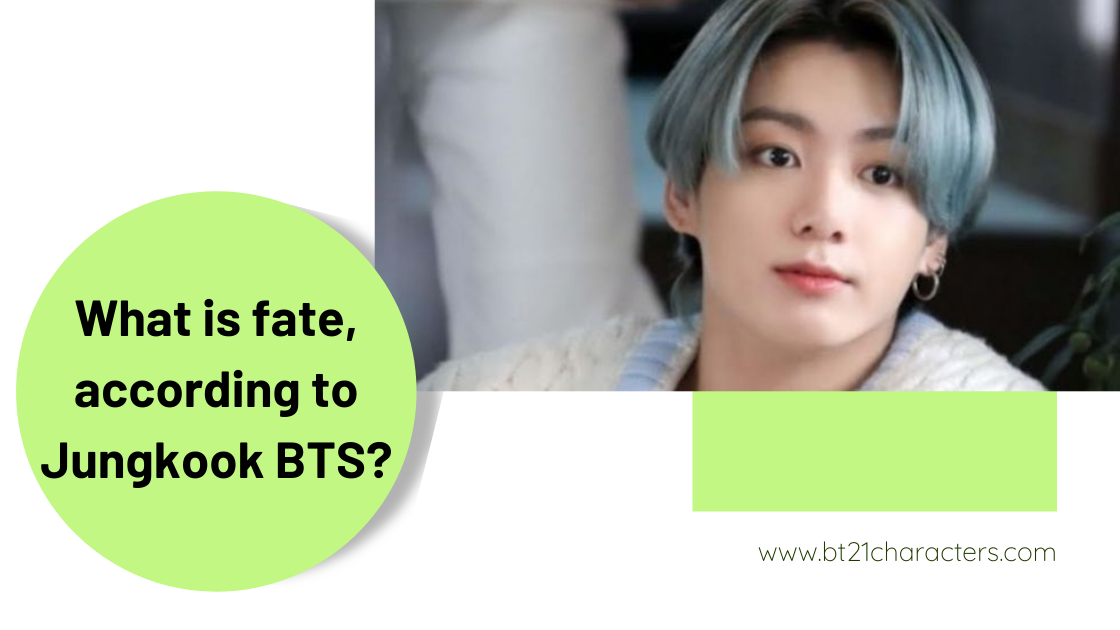 "I think destiny is the only thing you can't change. The environment and conditions can be changed or changed regardless of your intentions. But we all have one thing that can never be changed. When the seven of us are together." said Jungkook BTS.

"I can't imagine my life without them, that's why it's my destiny, and I'm living my destiny," he added.

What is fate, according to RM? 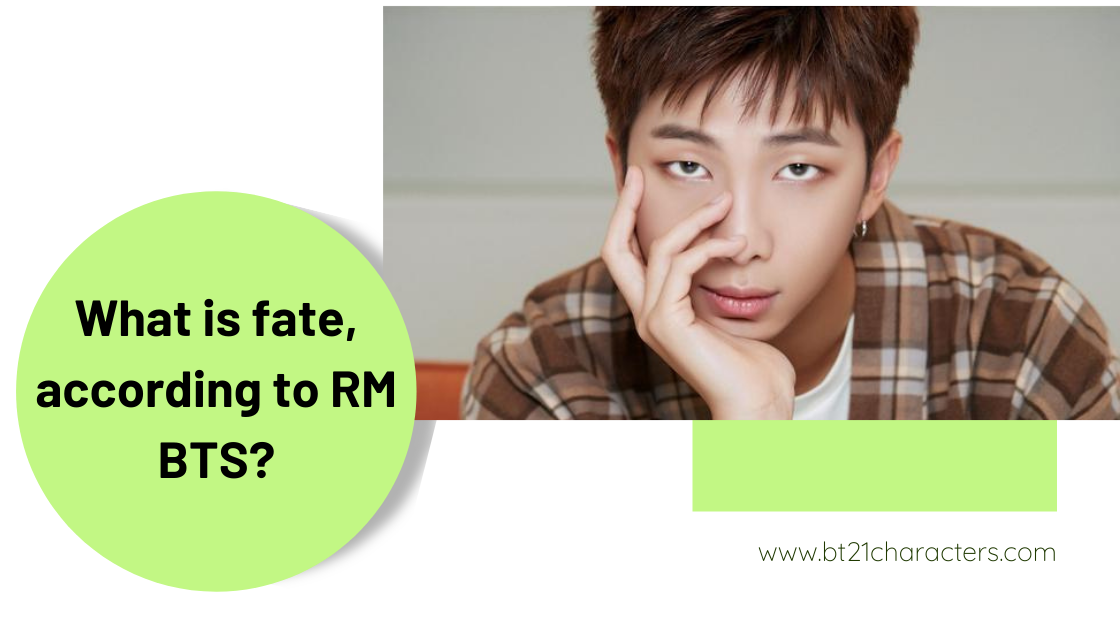 "Say destiny is like a road. If you only look up at the sky when you walk or run really fast, you will be stuck on the road.

I think you walk this path better if you see a rock in front of you or someone's footsteps.

Destiny is closest to you but only becomes visible when you seek it."

What is fate, according to Jin? 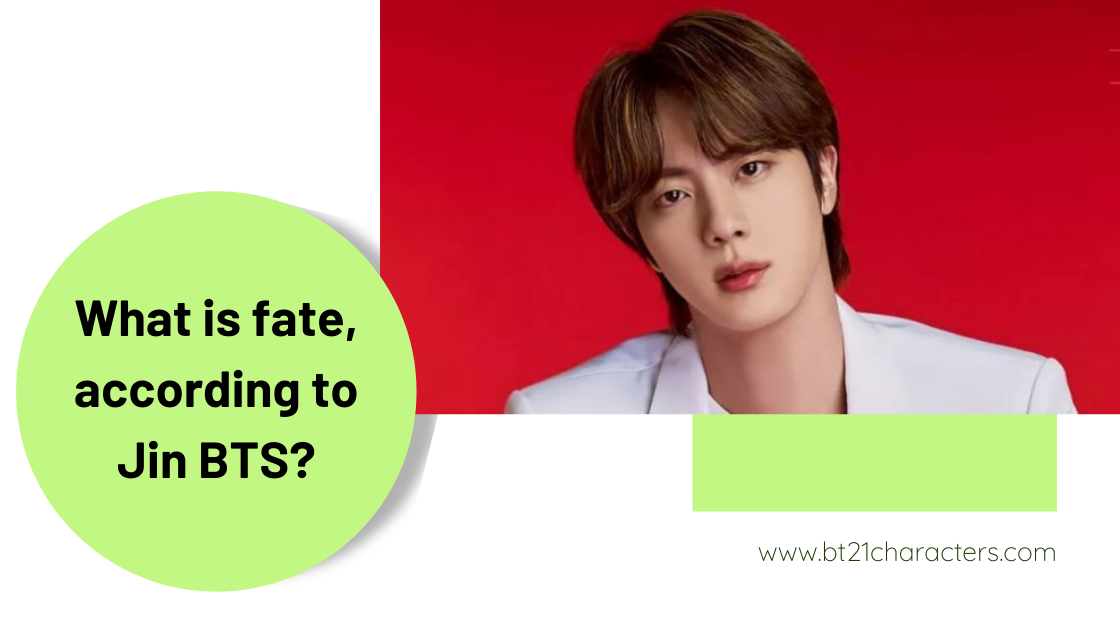 In the end, I think destiny is the most important thing you choose in the unknown world.

Destiny is a path that you find among countless crossroads on the road."

What is fate, according to Suga? 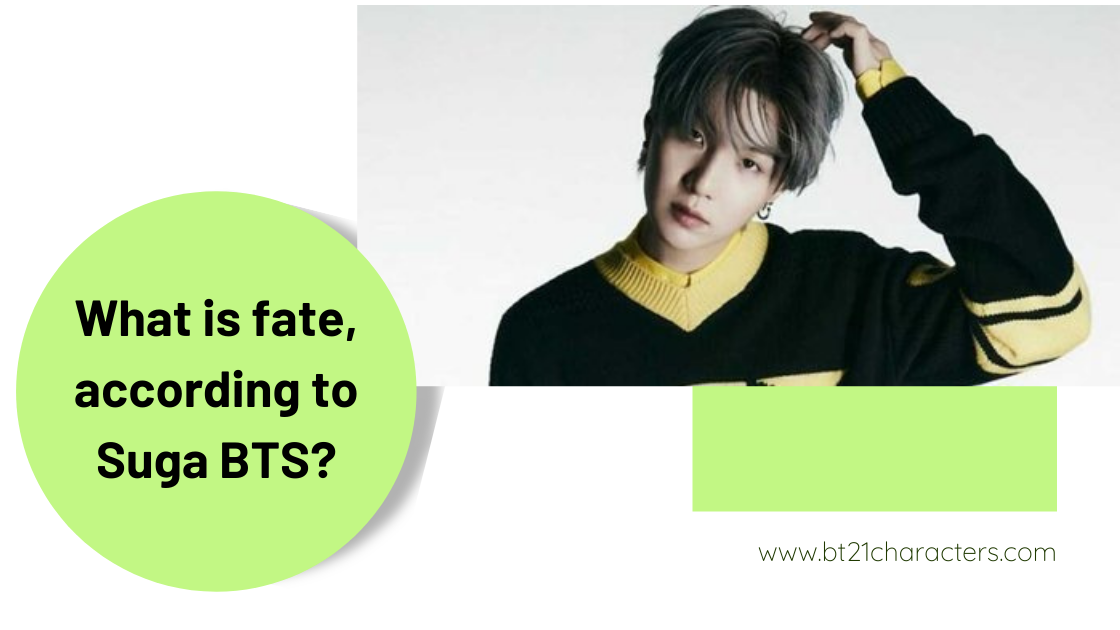 "I think destiny is a test. Fate keeps you from complacency. When you feel something is destiny, it asks you another question, and when you feel it isn't, it gives you new clues.

I think destiny is a test to form the correct answer."

What is destiny, according to J-Hope? 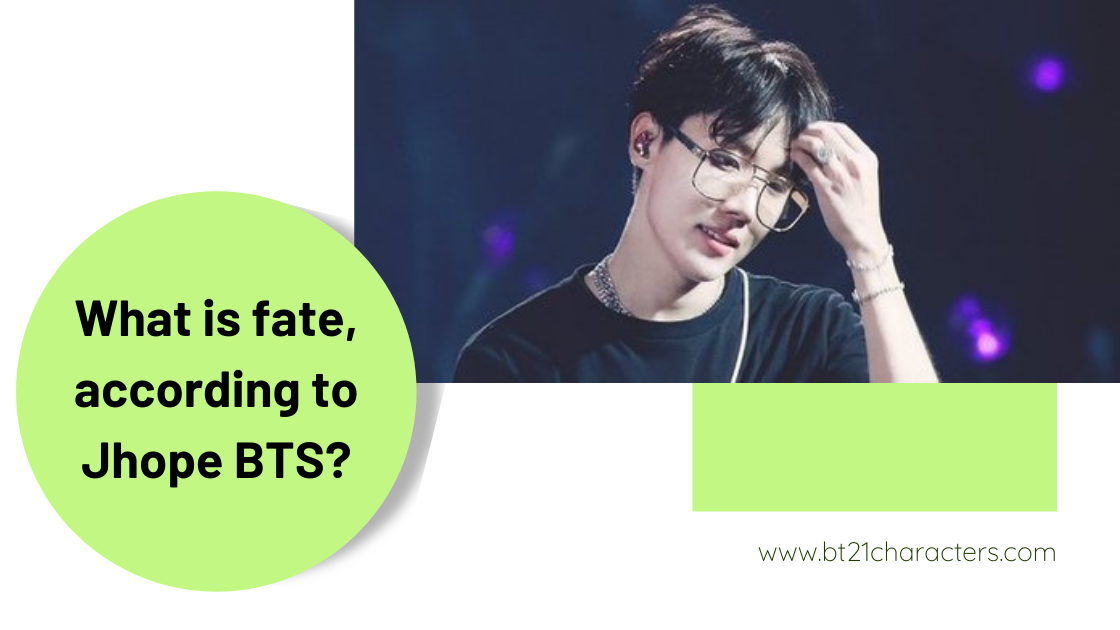 "I think destiny is about realizing. As we go about our daily lives, we seldom feel or think about our future.

However, when a big moment hits you, you instinctively realize it right then and there.

Destiny is what you aim for at every turning point in life. You know, like a sign."

7 Fates: CHAKHO has been available on Naver Webtoon and Wattpad since January 14, 2022.

Meanwhile, an ENHYPEN comic, Dark Moon, will combine urban fantasy and youth romance. The story will be more about the confrontation, confusion, and inner bond between a group of vampires, werewolves, and a mysterious girl who has a secret.

Meanwhile, The Star Seekers, a collaboration with TXT, tells the story of a group of young people who join a pop band. They live in a world where magic is a part of everyday reality.