Which BTS Member is Married First? Here's the Answer When Asked!

Which BTS Member is married first? And how did they react when asked to marry by the Army? Let's take a peek at the following reviews!

Which BTS Member is Married First? - South Korean boy band BTS is one of the most popular groups today, so they are always busy with interviews, rehearsals, recordings, or performing at concerts. While this gives us the impression that he doesn't have time for his personal life, the boys, on the other hand, have stated that they want to get married and start a family.

BTS is the most critical K-Pop group in South Korea. Their music has broken down cultural barriers and has made many people fall in love, but which girl will make them fall in love? Although it seems very soon to talk about marriage at Bangtan Sonyeondan, idols are currently focusing on their professional careers.

It's true that at one point, the BTS members confessed at what age they wanted to get married, and one of them is closer to what we believe. Who is that? Quoted from Instagram @btsarmydiary.id, the seven BTS members gave answers on a piece of paper when ARMY asked about the target of getting married.

Which BTS Member is married first? 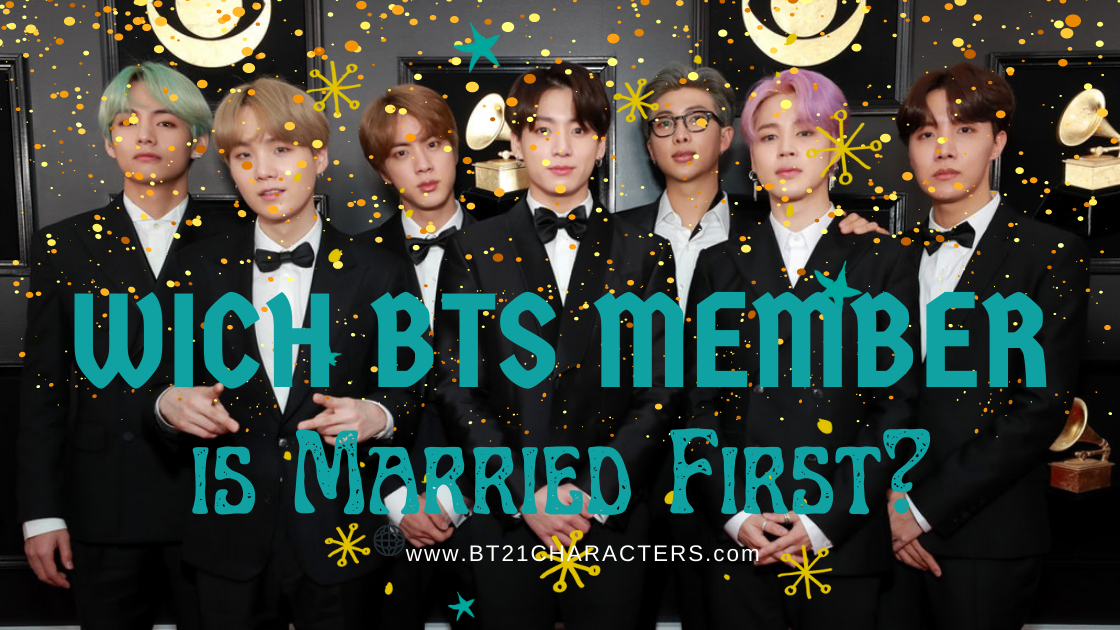 Idols are asked when they want to get married in a television program. Jin, without hesitation, answered that 30 years seems like the ideal age to get married, so he only has two years to be single. We really believe that Jin is a good husband because he is hilarious. He knows how to cook very well and will take good care of his children, just like he does with Jungkook when they travel.

Then, at what age will BTS members get married?

Kim Taehyung shared the same answer: he dreamed of getting married at 30. While RM says at 32, Suga at 35. Jin calls 15 (in 2030). The other two boys who went to extremes were Jungkook and J-Hope, who replied that they wanted to settle down at the age of 100; Jungkook's reasoning was that he liked his life as it is now and wanted to continue enjoying it. In contrast, Jungkook stated that he wouldn't mind waiting forever to find true love.

In line with Jungkook, J-Hope said that he didn't think about what age he wanted to get married, which is clear and specific that J-Hope will wait for the right person to accompany him in the future.

So, how did the other BTS members react when asked to marry by the Army? 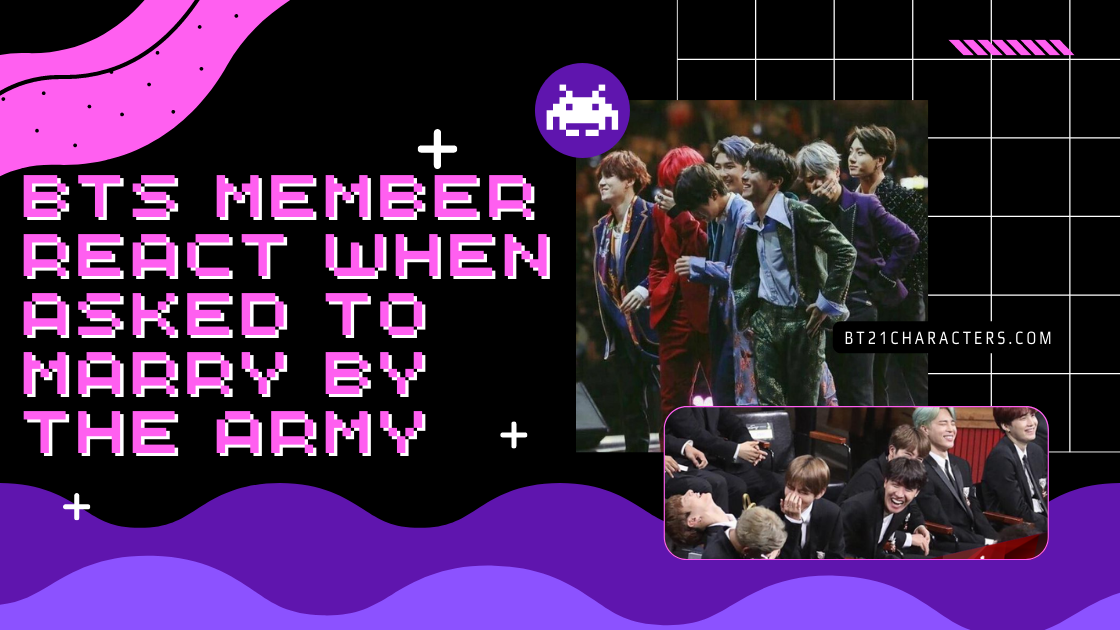 Let's take a peek at the following reviews, which are summarized from various sources.

While doing a V Live broadcast, Jungkook got an invitation to marry Army. Who would have thought if it turned out that the man from Busan gave an answer that made Army's heart melt with his tenderness? Jungkook said that the Army who wanted to propose to him had to meet his parents.

"If you want to marry me, we need the papers... We also have to meet each other's parents," Jungkook said.

V actually responded directly to Army's proposal when he was on stage. At that time, he was making a BTS concert soundcheck in Paris. An Army was carrying a banner with the words 'Marry me, Taehyung.' He answered directly.

"Oh, so you want to marry me?" replied V with his trademark boxy smile.

The 1995-born member Jimin also responded to the Army's proposal by saying that he had to ask his parents about marriage. This was known when he was doing V Live.

Still, on the V Live broadcast, RM answered one of the Army's proposals for him. This BTS leader also gave an answer guaranteed to make the Army's heart excited and smiled broadly.

"'Let's get married' (reading fans' questions). That... You should always meet my mother," said RM.

A different reaction was actually shown by the oldest member of BTS. Instead, he gave a firm answer and said it couldn't happen.

"Don't say impossible things," Jin said when an Army proposed to him on V Live.

Known to have a cold attitude, who would have thought if it turned out that Suga had a romantic nature. Before a fan asked him to marry, he had asked the Army to leave his ring finger empty so he could propose to him.

"Don't let your fourth finger fill. Because I will propose to you," said Suga.

Unfortunately, there has been no discussion about proposals from fans for J-Hope so far. But what is certain is that he really loves Army regardless of whether or not he is getting married.

Overall, the BTS members honestly haven't thought about marriage. But the members of BTS, like people in general, want an everyday life by getting married and building their dream family.