Who Has the Most Fans in BTS?

Who has the most fans in BTS? The following is a list of 7 Instagram accounts from BTS members based on the order of the most followers!

Who Has the Most Fans in BTS? - All BTS members are trendy, but some are more popular, and others are less popular. Famous not only within the K-pop industry but also outside of K-pop. You should also remember that there is a difference between fame and popularity. Even though the two words are connected.

However, BTS members officially opened their respective Instagram accounts. In a short time, their followers have skyrocketed since December 2021. Through their Instagram account, many activities are shared by each BTS member in their leisure time. This, of course, provoked a lot of reactions from fans, aka BTS ARMY, with millions of likes in 1 upload. So, which BTS member has the most fans? 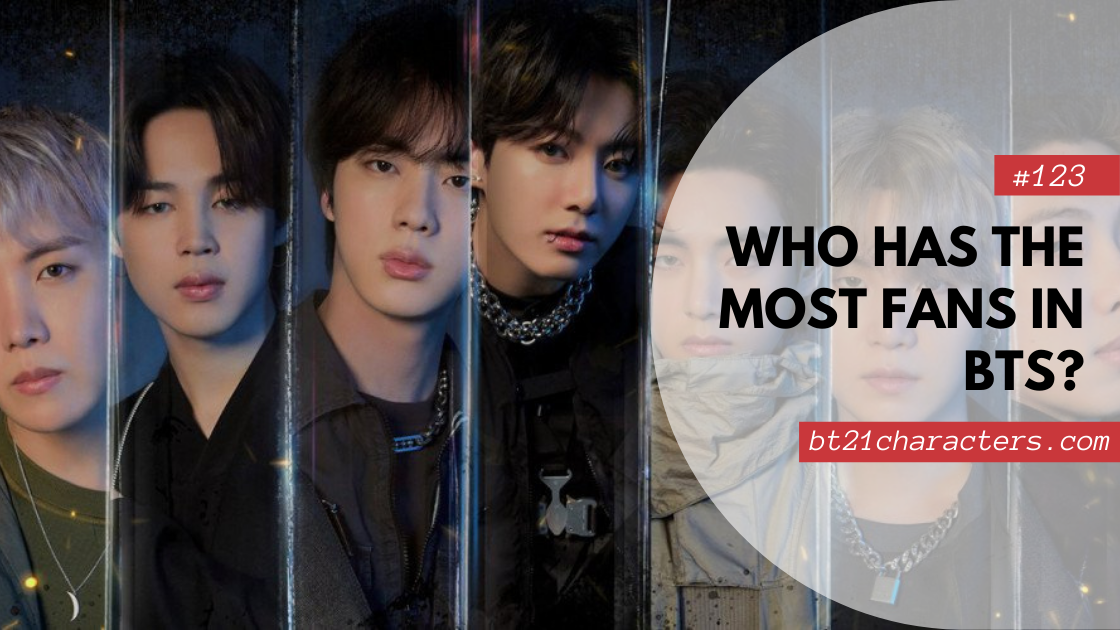 The following is a list of 7 Instagram accounts from BTS members based on the order of the most followers:

In the last order, there is Suga with his Instagram username @agustd. The member with the actual name Min Yoon-gi has 27.9 million followers. Various photo contents uploaded by Suga are in the form of selfies, vacation activities, and food.

In fifth place is Jin with his Instagram username @jin. The member with the actual name Kim Seok-jin currently has 28.5 million followers. Lately, his name has become a conversation thanks to the song 'Super Tuna,' prevalent in South Korea. He often uploads selfies, delicious food, and fun with his friends other than BTS members on his Instagram account.

In fourth place is J-Hope with his Instagram username @uarmyhope. He is pretty active in uploading content on Instagram. The member, whose real name is Jung Ho-Seok, currently has 28.6 million followers. Of all the BTS members, not even a few fans praise their Instagram feed as the most aesthetic.

In second place is Jungkook with his Instagram username @abcdefghi__lmnopqrstuvwxyz. The member, whose real name is Jeon Jung-kook, currently has 32.1 million followers.

It is known that he had admitted to having difficulty operating Instagram, but he was able to learn quickly. Now, he has even become a trendsetter with followers in second place. In addition to his daily activities, Jungkook sometimes uploads content currently practicing self-defense.

In the first place is V with his Instagram username @thv. The member, whose real name is Kim Tae-Hyung, currently has 34.2 million followers.

V is known to be quite active using his Instagram account. In addition to posting photos on the Instagram Feed, he is also actively commenting on charges other than BTS, such as Wooga Squad. He also often uses Instagram Stories to update his daily activities.

That's the list of BTS member Instagram accounts with the highest number of followers. Even though they have tens of millions of followers, they limit the number of comments on their uploads. And actually, they are all trendy and famous. The comparison is microscopic, maybe more enormous, between Hyung and Maknae Line if it's like a number. So it's actually irrelevant to compare the most popular and the most famous, so I don't know why this question is being asked. But I answered it anyway. Hope this helps, and Happy Army!