Who is the Most Handsome in BTS?

Who doesn't know Bangtan Boys, aka BTS, a group of musicians from South Korea? This seven-member group is lovely because of its talent as well as visuals. Of course, the question of who is the most handsome in BTS is also commonplace. But, who would have thought that the most handsome member is not the one with the most Instagram followers?

And you know, Kim Taehyung and Jungkook are back in the spotlight because of their good looks. Two K-pop megastars recently topped the unique award rankings for the 2022 World's Most Handsome and Beautiful online poll.

Since the formation of the group, each member of BTS has been recognized for their unrivaled and unique abilities. In the span of successful careers, apart from winning many awards for their music and singing talents, the Bangtan Boys members have also won various online voting contests and polls for several categories. Surprisingly, they have always consistently excelled at No.1. WOW!

Notably, TaeTae (as V) and golden maknae (as Jungkook) 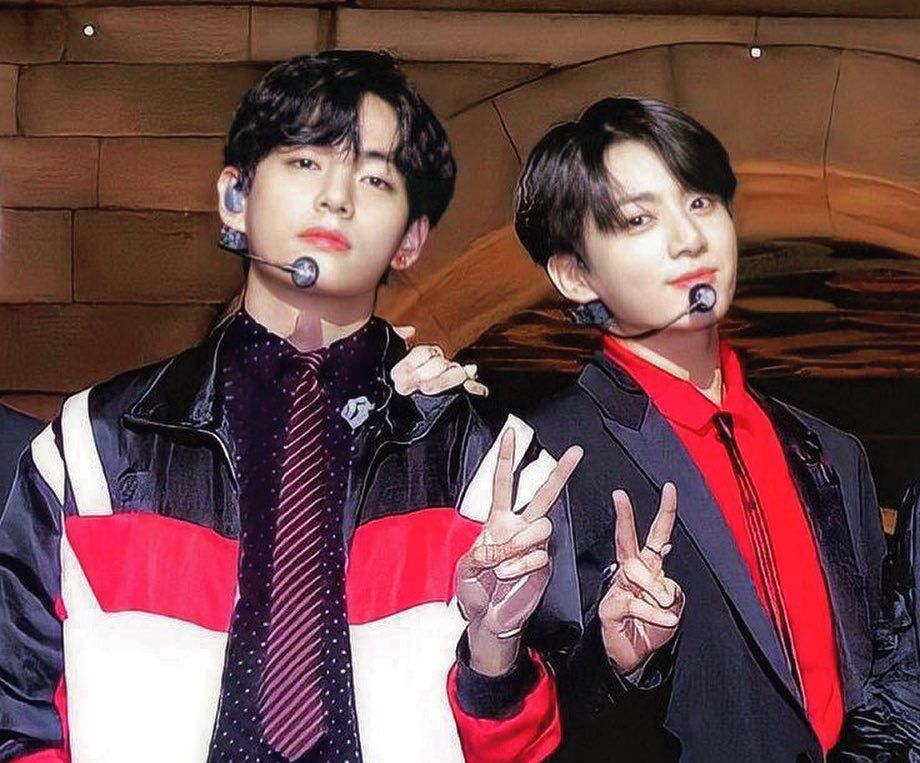 TaeTae (as V) and Golden Maknae (as Jungkook) consistently dominate various poll ratings, including one recently held by a Brazilian Entertainment site called Dabeme Pop online contest. An online media platform called Special Awards is holding an annual poll for World's Most Handsome and Beautiful 2022. The online survey results will be announced on May 9, 2022.

According to Kpop Reporter, it's no surprise to see the two world-famous and much-loved BTS members secure the first two spots. V won first place, and Jungkook won second place.

Incidentally, even though they got the first two places, V and Jungkook weren't the only BTS members to make a list. Jimin is in ninth place, J-hope is in 11th place, Jin is in 12th place, and RM is in 13th place. Six of the seven BTS members, except for Suga, made a list.

People worldwide voted for the famous and popular celebrities of the past two months to determine which ranking they believe to be the most deserving. Many K-pop stars and Korean actors appear on the list in high positions. Another K-pop band member, Blackpink, also tops the list, including Jisoo in fourth place and Jennie in fifth place, while Lisa takes eighth place.

It should be noted that this online poll is determined based on various interactions and trends on social media platforms such as Twitter, Instagram, Facebook, YouTube, to TikTok. Meanwhile, V was recently praised for his charming visuals and symmetrical face by South Korean surgeons in a YouTube video uploaded by MARQ TV.

According to Lee Jae-jun's statement, Taehyung has luxurious looks with three-dimensional visuals. The surgeon stated that V's face was very handsome with proportions that had a mix of Western and Eastern beauty standards.

Previously, V was named the most handsome man by TC Candler in 2017. The world public also recognized his good looks after he successfully entered the list of Most Handsome Man 2018 version of Famous Star 101. Wow, it seems that idolizing Kim Taehyung is the correct answer! The handsome face of V BTS always makes people who see it feel that the handsome face, like a god, is not natural. Ignoring Jungkook is good too!

The charm of their handsome faces is also recognized by plastic surgeons and beauticians in South Korea for their perfectly symmetrical faces and well-defined facial features that are difficult to imitate with surgery.

Don't you also agree that the faces of V and Jungkook BTS are really handsome? Congratulations to both of you for being crowned the most handsome man in the world.