BTSdebut.com - BTS is a boy band that often inspires and makes fans excited to go through the day through their songs. BTS is famous for always discussing social issues in their songs, so they are considered different from other boy bands. Therefore, it is not surprising that many fans support them. 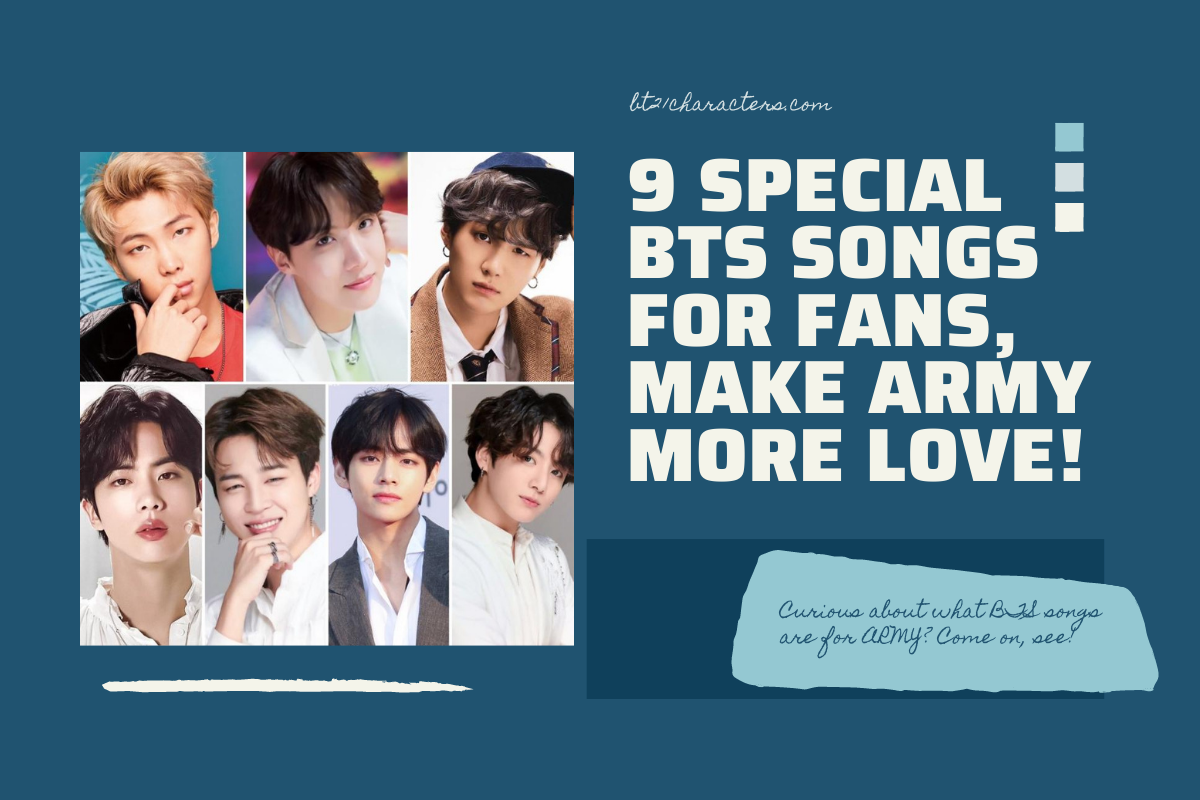 Moreover, BTS often creates songs that are a form of dedication to fans. Curious about what BTS songs are for ARMY? Come on, see!

This song is on the album Wings, BTS's first official song for fans. The meaning is so deep, about BTS's honest feelings for fans who have always been a strength for BTS. Even because of the togetherness of BTS and fans, things will get better.

This song is Jin's solo song on the latest album, Map of the Soul: 7 . Fans praised the voice of this BTS vocalist. Not only that, the lyrics of the song are so touching and emotional for fans.

3. We Are Bulletproof: The Eternal

This song is also on BTS' new album, Map of the Soul: 7 . This song reveals all the obstacles that can be overcome thanks to the strength of the seven members and the fans who have completed BTS's path today.

This song reminds fans to stay focused on living real life even though they really support BTS. As one of the creators, Suga stated that this song was made when remembering Army. This song is on the album Love Yourself: Her.

This song was a gift for fans when BTS held a project titled 2017 BTS Festa. V and RM both composed this song also sang it together. This song also has a warm impression. V's soft voice and RM's signature rap are combined. In addition, this song is entirely free and available on the SoundCloud platform, you know.

Jungkook began to be praised for his talent in creating songs through this one song. This song conveys to fans not to give up on various difficulties because BTS are willing to cheer.

This song was released in 2015, part of the BTS Festa project. RM and Jungkook fill this song. This song expresses gratitude to fans who have been with BTS for a long time.

This song is very reliable for female fans when they are not confident. The lyrics tell fans not to listen to what other people say about appearance and remain convinced.

Set on the album Map of the Soul: Persona, this song definitely makes fans feel carried away. The lyrics express how fans are like home to BTS when they feel lonely.

Those are 9 BTS songs for ARMY that are dedicated to fans. You are a BTS fan who is amazed by the songs above, aren't you? Or are you waiting for the latest BTS song specifically for fans again?