What Phone Does BTS Have? Is Yours the Same or Not?

What Phone Does BTS Have? - Cell phones have become a necessity today. Not only to communicate but to do other things, such as work. Just like what happened to this BTS member. BTS members are often caught playing or taking selfies using their cellphones. Something like this is scarce for South Korean artists or idols to be told by the general public. However, thanks to the foresight and effort of the fans, we can know the slightest thing.

What phone does BTS have? This is the brand of cell phones used by BTS members. 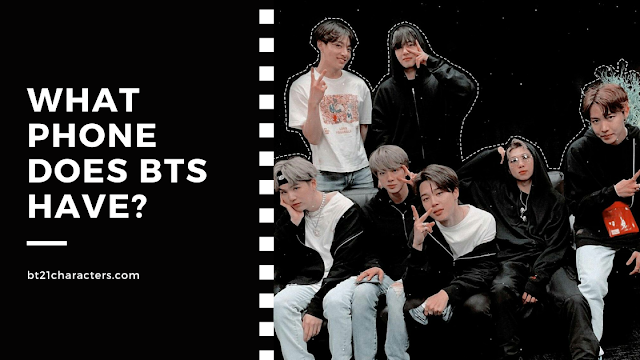 Until now, Jin BTS is still loyal to his iPhone 6s cellphone. Previously, many Army suspected he had replaced the iPhone with a newer version. The iPhone case that Jin uses is the Moschino Bear. According to the official Moschino website, Jin's iPhone case costs $45.

RM BTS is known to use a black iPhone X when taking a selfie. According to the news, the BTS leader bought the iPhone X after 2 weeks after its release. The iPhone case that RM uses is a simple plain brown casing. It is not yet known what brand of the container is used by RM BTS. We'll find out later!

At an event, Suga BTS was caught on camera holding an iPhone 7. However, the Army is unsure whether he uses an iPhone 7 Matte Black or Jet Black.

Turns out that RM BTS is not the only one using the latest version of the iPhone. J-Hope apparently also uses the iPhone X Black. This is known from his widely circulated selfie photo. According to the news, J-Hope bought the iPhone X a week after RM BTS.

Like Suga BTS, V BTS also uses the iPhone 7 Matte Black. The Army realized it when V BTS was taking a selfie. It looks like the casing used by V BTS is just a joint casing like RM BTS.

Jimin BTS is the third member to wear a black iPhone 7. Just like Suga and V BTS. This was known when Jimin was caught on camera holding his iPhone at an event.

Jungkook BTS is the only member who rarely shows his iPhone in public. Luckily the moment he was holding his iPhone was caught on camera at an event. Jungkook is currently known to be using the iPhone 7+ Jet Black. 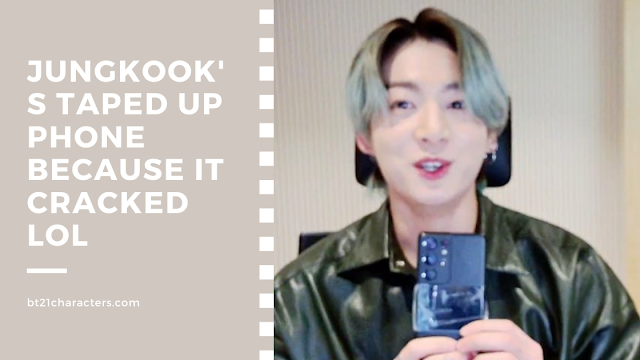 Oh yeah, there's an interesting fact! Jungkook once told me that his cellphone was cracked. Instead of immediately replacing it with a new cell phone, the Maknae chose to put tape on the broken part of his cellphone. This made Army, as BTS fans call it, react. You see, it's certainly not complicated for Jungkook if he wants to directly replace his damaged cellphone, considering that he is so rich. To the extent that the Army, who was excited to see Jungkook's behavior, mentioned the black card he had. HAHAHA!

In his live broadcast through the V Live application, Jungkook showed the condition of his cracked cellphone. He then put tape on the broken part of his cellphone. While laughing shyly, Jungkook revealed it.

"My phone cracked, so I used masking tape," Jungkook said.

BTS has a long, hilarious history of getting caught using iPhones while they're still Samsung's brand ambassadors. Members will delete tweets with their iPhones or cover their phones.

Meanwhile, BigHit Music announced that BTS will be taking their second official vacation to rest and recover. The members will return with a new album and an offline concert in Seoul in March 2022 yesterday. In the announcement that BigHit Music posted, the agency shared that this would be the first holiday season since BTS's debut. They will spend time with their families rather than preparing for year-end festivals and award ceremonies. But BTS suddenly announced the seven members' personal Instagram accounts immediately after the leave was announced. This is the first time they have joined this social networking platform after 8 years of working in the entertainment industry.

So, after knowing the brand of the cellphone used by BTS members. What's your impression? Is your cellphone the same as the one they use? And are you even more proud of BTS after this and will always be an ARMY! Let's discuss it below!